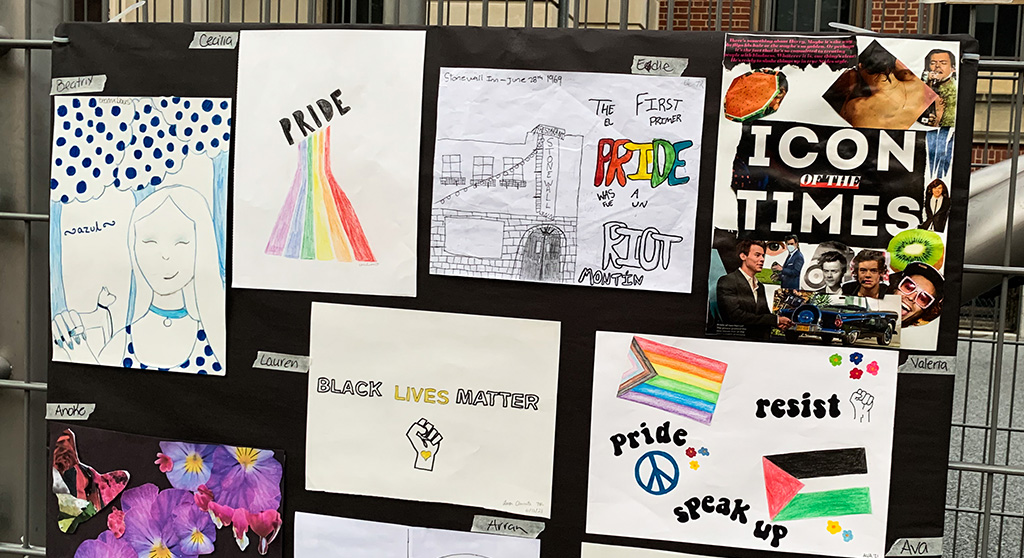 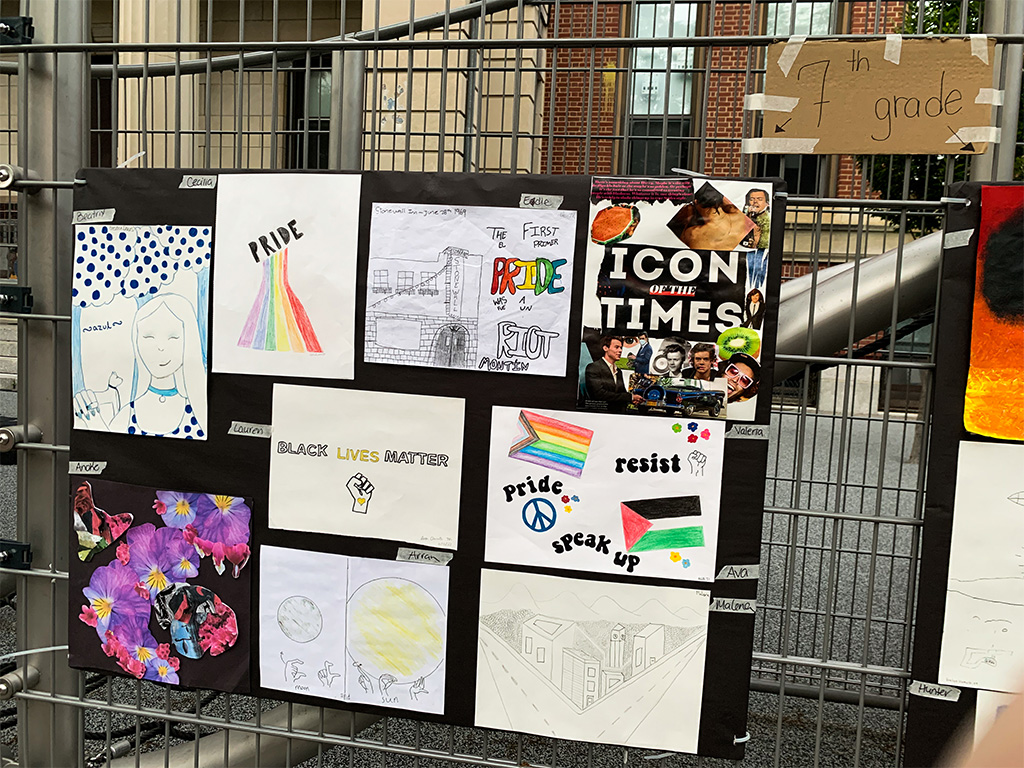 LGBTQ Pride is a theme in student art posted in June 2021 at The Amigos School. (Photo: Tyler Motes)

A change to Cambridge Public Schools’ nondiscrimination policy that would have protected LGBTQ students against being outed to potentially unknowing or hostile parents was taken out of a draft before approval by the School Committee during a meeting Aug. 8.

Committee members hoped to amend the policy in favor of student privacy. Legal counsel said state law made that impossible.

“The way the state law is structured with regard to dealing with discrimination, bullying or harassment incidents, school departments have a legal obligation to notify parents, guardians or caregivers if there is an incident of any type involving their child,” Sujata Wycoff, the district’s director of communications, said in a response to an email inquiry. “The inclusion of a statement regarding parental notification makes it clear that such notifications occur.”

Since state law requires that parents, guardians or caregivers are notified, according to Wycoff, “only a change to the state law could prompt further discussion about a revision to CPS’ policy.”

There are also state bullying reporting guidelines, which district attorney Maureen MacFarlane said during the committee meeting were the same as in the cases of discrimination – yet suggest it’s possible to notify parents, guardians or caregivers of a bullying problem without disclosing the student’s gender identity.

“In situations in which a student has disclosed their gender identity within the school setting but not to their family, CPS, in alignment with [state Department of Elementary and Secondary Education] guidance, will not disclose gender identity details to the parents, guardians or caregivers and simultaneously support the student in perhaps making that disclosure at this time,” Wycoff said.

The language in the state guidance Wycoff and MacFarlane refer to could leave room for parents to find out about their child’s sexual orientation, gender identity or gender expression inadvertently.

“Where the student has not disclosed his or her sexual orientation or gender identity/expression to his or her parents and the student believes he or she may be at risk if it is disclosed, to the extent possible, discussion should focus on facts regarding the student’s involvement as a target or aggressor and on safety planning, not on information that reveals the actual or perceived gender identity or sexual orientation of the student,” the state recommendations say.

The removal of the parental notification requirement was put into question during the meeting when committee member José Luis Rojas Villarreal asked what the district and superintendent Victoria Greer thought of the change.

Mayor Sumbul Siddiqui suggested that district counsel MacFarlane was present and could be asked as well – and MacFarlane recommended that the sentences regarding parental notification should stay.

“So it is clear to people that if you are dealing with a student who is underage that that issue would be shared,” MacFarlane said.

Advocates for LGBTQ youth were contacted for reaction, but didn’t immediately reply.