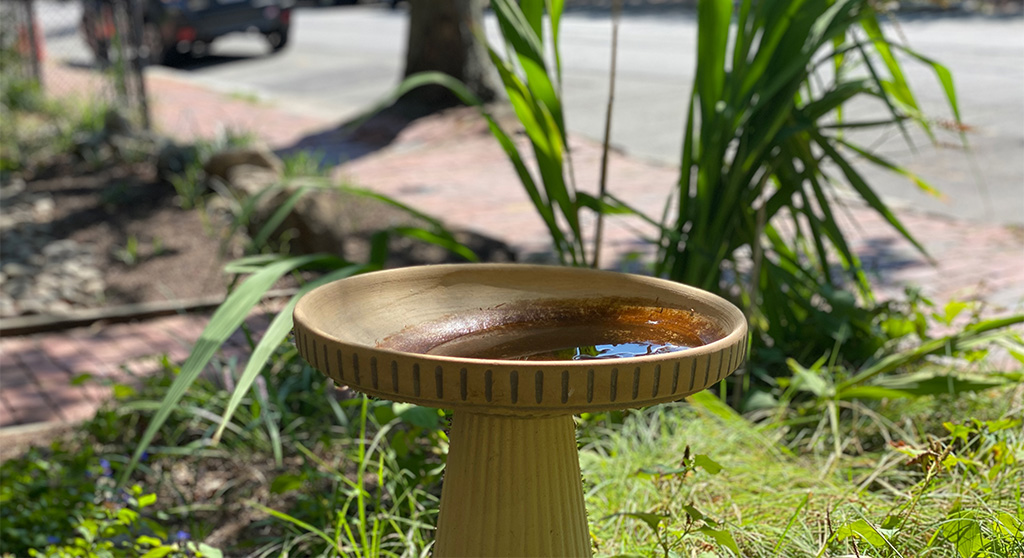 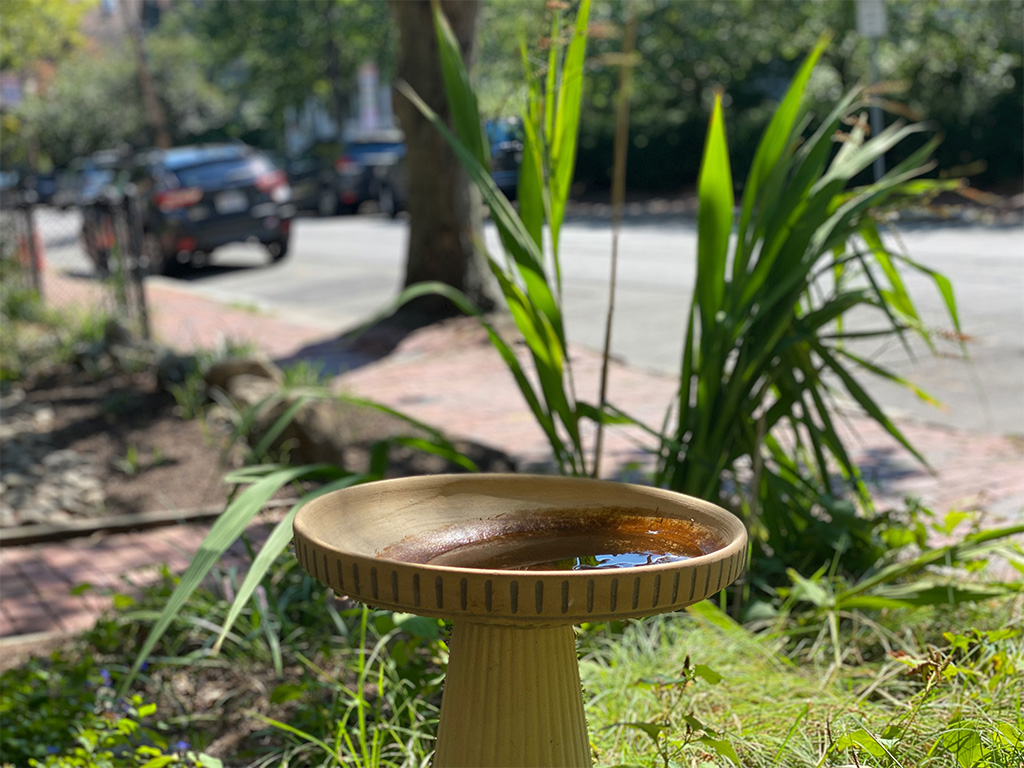 Mosquitoes breed in standing water such as in this bird feeder seen Sunday on Orchard Street in North Cambridge. (Photo: Marc Levy)

Cambridge is now at high risk from West Nile virus after a second person became ill from it – after exposure in Suffolk County, not Cambridge. State health officials raised the risk level to high from moderate on Friday. The change applies to Somerville, Brookline and Boston as well as Cambridge.

The most recent human case was a man in his 70s who became ill on Aug. 15, according to the state Department of Public Health. On Aug. 7 a woman in her 70s started having symptoms; she was also exposed in Suffolk County. The state said Greater Boston is now at moderate to high risk from the virus.

Most people get the virus from the bite of an infected mosquito, and most people also have no symptoms or mild signs such as fever and flulike illness. People over 50 are more at risk of severe symptoms, which are rare, the state health department said. The two people whom the state has reported as human cases have encephalitis, or inflammation of the brain. Officials didn’t say whether they are or were hospitalized.

The state had raised the risk level in Cambridge from low to moderate on Aug. 4 when infected mosquitoes were found in four neighboring communities. As of Sunday, no mosquito samples collected in Cambridge have tested positive for West Nile virus, according to data posted on the state health department website.

Infections generally peak in August and September, although cases can occur later. Public health officials recommend that people use mosquito repellent, wear long sleeves and pants and try to avoid going outside at dawn and dusk, when mosquitoes are most active. People should also make sure screens are in good repair and drain standing water from empty containers, wading pools and similar objects, where mosquitoes can breed.