Critics of ‘The Mindy Project’ miss the point, and the greatness 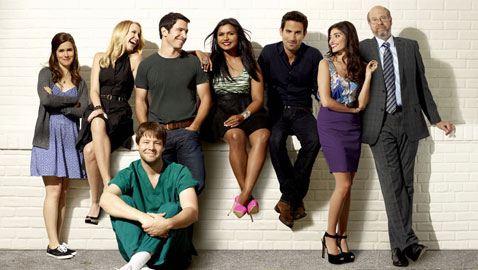 Critics of ‘The Mindy Project’ miss the point, and the greatness

Have you seen “The Mindy Project” yet?

The Fox sitcom, written and starring the Cambridge native, Buckingham Browne & Nichols-educated Kaling, isn’t due on television until Sept. 25, but the pilot is online at Fox.com and Hulu. While Kaling has been kind of a media darling since the “Project” got rolling in July, reviewers so far haven’t been cheering for the show itself.

“’The Mindy Project’ Pilot Has Us a Little Worried,” said The Atlantic Wire’s Richard Lawson, who watched the episode twice “trying to figure out just where this once-promising sitcom goes wrong. Ultimately it’s hard to pinpoint a specific moment that gives the show its acrid air, that scent of high hopes curdling into disappointed reality … really there’s just something not-right about the general tone of the half-hour.”

“On ‘The Mindy Project’s Squicky Jokes About Race” was the headline in The Frisky, where reviewer Jessica Wakeman was “disappointed” by humor that was “offensive” and “too convoluted for me to find humorous.” More: “Not to be too, too precious about comedy but if you’re going to do something offensive, at least do it for a reason other than a cheap laugh at ignorance.”

Lawson and Wakeman also had kinder things to say in their posts, but the general sense one gets is of them harrumphing and shaking their heads at their laptops.

Having watched the pilot twice myself, I wound up happier than expected that she didn’t compromise on the awkwardness, unlikability of her character or essential truths of what she has to say — and, yes, those are all good things about a very funny sitcom episode that is, as Lawson points out, only a pilot and thus bound to be rough. It’s true the rhythm feels off, rushed, but Kaling and her team are trying to cram a lot into a half-hour, and shows that cram a lot into their run time tend to be the most fun.

The main complaint of the critics is an exchange Kaling’s character, Mindy Lahiri, an obstetrician and gynecologist like Kaling’s real-life mother, has with her receptionists after reluctantly accepting a woman in traditional Muslim garb as a client even though she lacks insurance. “Do you care about my career and want me to succeed? Well, if that is the case, why are you sending me non-English-speaking pregnant immigrants with no health insurance? With, literally like burkas and stuff? ” Lahiri asks. “I just need a different kind of patient.”

“Well, don’t write that,” Lahiri says to her, while in the next second nodding and whispering: “Yes.”

Then comes an awkward “So …” and a bright, distracting, “Do you guys want to see an amazing first date outfit?”

Terrible, right? But it’s followed by this exchange, when Lahiri shows off that outfit, getting a thumbs down from likely future love interest Dr. Danny Castellano.

“Well, what do you think she should wear, Dr. Castellano?” Putch asks him, reminding him that Lahiri wouldn’t know because “She didn’t grow up in this country.”

“Actually, I did grow up in this country, Betsy, thank you,” Lahiri says.

Keep that in mind for a moment as Lahiri takes revenge on Castellano and reveals herself to be small and cruel by jabbing at where she obviously knows him to be most sensitive — reminding him his wife left him in a divorce. Stung, he leaves, telling her, “You know what would really look great? If you lost 15 pounds.”

Are the racial jokes squicky? Yes, in the great tradition of uncomfortable comedy exemplified by the U.K. “The Office” and aspired to in the U.S. version, for which Kaling wrote and acted. But aside from revealing truths about the U.S. medical system (that its insurance rules make no sense and dehumanize patients) it shows us something about how assimilated Lahiri is as an American — until she, too, is casually treated as an other, an immigrant, an ignorant outsider, by a friend. Lahiri, too, is not “white,” and Kaling knows it. When Castellano tells her she’d look better if she lost 15 pounds, Lahiri knows that. We know this because later, while making herself even uglier by openly trying to ignore a child’s emergency phone call because she’s on a date, she asks, “Do you know how difficult it is for a chubby 31-year old to go on a legit date with a guy who majored in economics at Duke?”

During that date with Ed Helms she is grasping, needy and kind of mean, and parts of it are hilarious. Plenty of critics have talked about what a hot mess Lahiri is, but they seem unprepared to see it taken beyond that point to the same kind of challengingly antiheroic unlikability that we’ve seen as a staple of basic cable since “The Sopranos.” It’s widely agreed that the best show on television stars a murdering meth manufacturer in “Breaking Bad,” so there’s no reason Kaling can’t venture into some mildly darker territory with Lahiri. Despite all Lahiri’s talk about her love for romantic comedies and how she’s Sandra Bullock, those movies and their television equivalents are infamous for trying to sell movies stars in the role of schlubs with no luck and no love — skinny women who are scripted as fat and beautiful women who somehow can’t get a date. They’re not ugly-ugly; they’re Hollywood ugly. When they take off their glasses and let down their hair, they’re even worth taking to prom.

Lawson is dead wrong in what he thinks Kaling is doing with her character: that “for a high-powered female character to be relatable she has to be clumsy or bumbling.” In fact, Lahiri is portrayed as a good doctor who can be dead serious and cool in an operating theater and is rightfully proud of her skills.

But Lahiri is a chubby, mean, desperate Indian, and Kaling isn’t afraid of that either. She knows there’s comedy in it, just as there was comedy in the same discomfort in “The Office,” and she’s okay in that zone, which means that at the very least Lahiri will not become the dull, likable center around which craziness orbits.

It seems like the breakout star in “The Mindy Project” is meant to be Mindy — the character and the writer.

Can a funny, unlikable center hold a sitcom, though? It can if they’re the gang on “It’s Always Sunny on Philadelphia” on FX; but another Fox show with “relatability” problems (and, come to think of it, some pretty squicky race jokes) — “Arrested Development” — got canceled, which makes it look as though Kaling is confident enough to test whether the network and audience have matured since that show’s 2003-06 run. She’s also wisely throwing in enough rapid-fire dialogue, throwaway moments and touches of absurdity and surrealism to reward repeat watching, which has been a factor in favor of “Arrested Development” since its cancellation and one reason Netflix is bringing it back.

So in addition to thanking Kaling for putting Le Tigre and M.I.A. in a primetime television sitcom, we can thank her for pushing the boundaries and hopefully enjoying a bit of delicious, served-cold revenge for an atrocity from back in 1994: a one-season flop called “All-American Girl” that took an only slightly chubby-faced comic Margaret Cho, starved her to the point of kidney failure and told her to act more Asian and then to stop acting Asian at all — in a show supposedly reflecting her life, standup comedy material and what it was like to be a minority woman in America.

With the exception of Whoopie Goldberg and Wanda Sykes in separate 2003-04 sitcoms, “The Mindy Project” is the only sitcom focused on, spurred by and starring a minority woman in nearly two decades, and Kaling isn’t compromising. We’ll see if that holds true, but for now it’s something to cheer, not to cringe at.