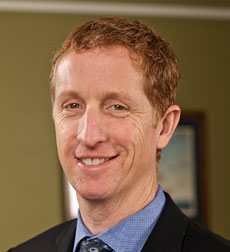 It was the death of his wife’s stepfather Sept. 1 that brought North Cambridge’s John Darrah to Montana, but on Friday Darrah himself died, local media reported.

In both cases, the men had been enjoying Montana’s outdoors.

The stepfather, Ted Smith, 71, of Polson, was hiking with his brother and their dogs when he fell, according to the Missoulian and Smith’s obituary. The fall took him as far as 300 feet to the base of a cliff, forcing his brother to hike back down the mountain until he found someone with a cellphone. The paper credited the local sheriff’s office for its information.

Darrah, 46, was said to be hit by a powerboat while swimming in Skidoo Bay. Officials said alcohol wasn’t a factor in the death, the Missoulian reported. While an investigation is ongoing, a law enforcement official told the paper that “the bottom line is [the boaters] did not see him and they began to render aid the moment they could.” Darrah was pronounced dead at the scene, though.

He was a vice president and director of development with G.I.D. Development, based on High Street in Boston, where his biography credits him with a master’s degree in finance from the Massachusetts Institute of Technology’s Sloan School of Management. As a resident of North Cambridge, he was active in the Main Street North Cambridge group and recently helped get zoning changes approved to ensure ground-floor retail along Massachusetts Avenue.

He is survived by his wife and two daughters, Maxine and Sadie.

His wife, Emily Newmann, was the stepdaughter of Smith, who also had ties to Greater Boston. From 1993 to 2009, according to his obituary, Smith ran the Boston-based Kendall Foundation, where he developed environmental conservation programs in America and Canada.

It was only a little more than a year ago that the family experienced the death of Mary Misch Newmann, the mother of Emily Newmann, to cancer. While she’d retired with Smith to Montana, she was a longtime Cambridge educator, starting as head of school at Buckingham Browne & Nichols in 1992, according to her July 2011 obituary, then the Cambridge Friends School starting in 2003. She retired after five years there but continued to serve on the boards of the Cambridge Community Foundation, Shady Hill School, Breakthrough for Children, Primary Source, Early Steps and Prospect Hill Academy.