Without moratorium, it could soon be ‘crush hour’ in Cambridge 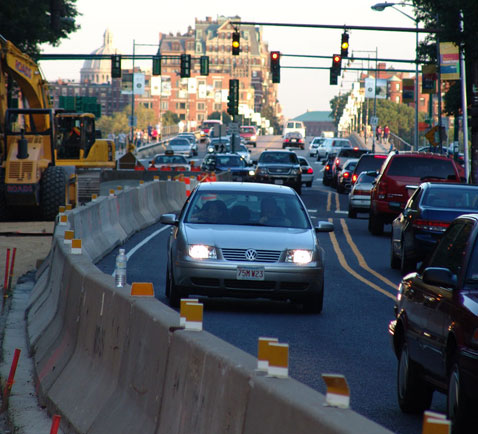 Without moratorium, it could soon be ‘crush hour’ in Cambridge

Silly season is almost upon us. The Cambridge City Council is about to return from its shortened summer vacation and the usual suspects — council members, pro-development forces and residents — are about to resume a crucial debate about the future of our city. Much has been said to define or denigrate the Cambridge Residents Alliance, which is calling for a year’s moratorium on upzoning approvals. This alliance was a spontaneous response by area residents to two proposed developments: one that threatened to eviscerate Newtowne Court, a low-income housing community, the other that proposed a 14-story tower in a public park.

The Cambridge Residents Alliance is not a knee-jerk nimby organization. We’re not saying “No!” to any and all developments in Cambridge, as one writer recently charged in a Boston Globe oped. But we are saying “Stop and think!”

Stop trading away zoning protections, stop approving oversized or inappropriate projects (such as a bio lab in Central Square) in exchange for money and a few paltry low-income apartments. In other words, let’s stop acting like Cambridge is for sale and start thinking about the consequences of our actions.

“A virtual tsunami of development”

In all the arguments supporting continued upzoning, no one brings up the fact Cambridge faces a virtual tsunami of development — more than 18 million square feet of office, lab and living space that, if approved, would bring an additional 65,000 cars onto Cambridge’s already congested streets.

This is not incidental or organic growth and these are not inflated estimates. This is a massive overload dumped onto our streets and transportation systems.

And don’t expect the red line to pick up the slack anytime soon. These anticipated projects would result in an additional 66,000 public transit trips on a system that is already maxed out, according to a recent study by the Urban Land Institute.

Nor does anyone in Cambridge even seem aware that something momentous is happening, something that will permanently alter the fabric of our community — not the council, the Planning Board and especially not the Community Development Department, which at times appears to work more for developers than the city. Not one of these civic bodies appears to have the vision or the courage to serve as the gatekeepers and cautious stewards our city needs. It seems like the house is on fire and they’re still setting the table for dinner.

True, there have been neighborhood advisory groups appointed to make recommendations for the future of Central and Kendall squares. Attend one of their open meetings and you’ll see they’re being spoon-fed cherry-picked data that support the pro-development agenda in City Hall. Worse still, they are working in silos, never seeing the broader landscape, as if development elsewhere in Cambridge should have no impact on their thinking. How can you consider roadway traffic in Central Square when nobody tells you there are 65,000 more cars on the way? Or when the CDD tells you the red line still has (a non-existent) 40 percent additional capacity?

What worried those of us who took a closer look at this oncoming train wreck was that nobody appeared to be analyzing the impact on Cambridge’s residents, neighborhoods and quality of life in light of all this aggregated activity. Each project was being considered individually, on the basis of its own merits, totally ignoring the impact from all other projects. The mindset in City Hall seems directed toward maximizing the give-back from developers rather than ensuring the protection and viability of the fabric of our community.

It’s not anybody’s fault, just a frightening example of how the power of money and the weight of traditional political behavior is moving us ever closer to the disappearance of all that makes Cambridge livable and worth living in.

And so it remained for the citizens of Cambridge — those most affected by thoughtless, piecemeal development — to step into the vacuum and demand a more thoughtful approach to planning our city’s future. No matter what statistics the CCD or developers throw around, we know what it’s like to live in Cambridge. We know there’s already more density on our roads than we can handle. We know the intersections that get blocked up on a daily basis. We know the cars on the red line are packed to capacity. We know we don’t want the steel and glass boxes of Kendall Square traveling down Massachusetts Avenue toward Central Square.

So, yes, the Cambridge Residents Alliance is calling for a one-year moratorium on upzoning. We believe Cambridge needs full-scale, citywide planning before we allow full-scale citywide upzoning and development. We think someone should weigh the impact of 65,000 additional cars on our roadways — and on the air we breathe — before we disembowel our zoning regulations to let those cars in. And we would also like to analyze the impact of these developments on housing costs, school populations, community diversity, open space and our access to sun and sky before we run headlong and recklessly into the future. We owe that much to ourselves and to the future generations whose lives will be greatly affected by the decisions we make today.

Paul Steven Stone is a novelist and essayist living in Cambridge. He can be reached at [email protected]. And, contrary to some flippant opinions, he is not hoping to downzone Cambridge back into farmland.