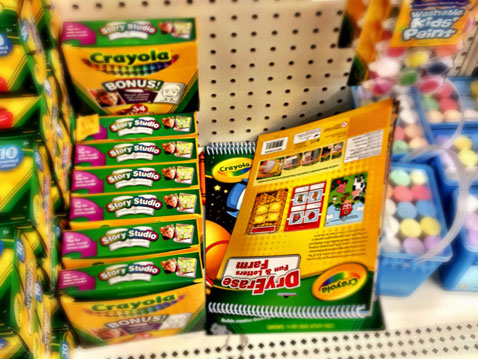 In a long time coming, Oct. 5 is the announced opening date for Michaels in Porter Square.

The Irving, Texas-based art supply chain made its coming known at Porter Square Shopping Center in December, but only started visible construction within the past couple of months.

It fills the massive underground space left empty when Burlington Coat Factory left the Gravestar Inc.-owned shopping center in June 2008 and could steal some of the lower-end shoppers from the Paper Source at 1810 Massachusetts Ave., only 0.2 miles and some five minutes’ walk away.

Other arts and crafts stores in the city include:

Michaels has 1,054 sites throughout Northern America. Founded in 1984, the chain expanded quickly and went public but was taken private again in 2006 with a purchase by Bain Capital Partners and The Blackstone Group. Michaels also owns the Aaron Brothers and Artistree chains.