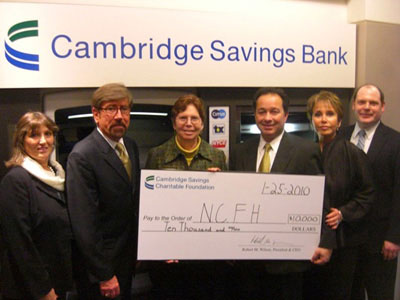 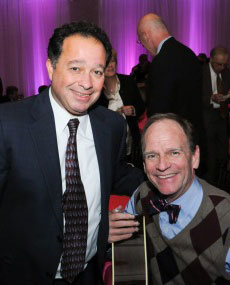 Cambridge Savings Bank’s president and chief executive, Robert M. Wilson, resigns effective Dec. 31, the bank said today, but will stay a member of the board of directors.

“Cambridge Savings Bank deeply appreciates Bob Wilson’s record of service to the bank and to the communities it serves,” said Alan McClennen Jr., chairman of the Bank and its holding company, Cambridge Financial Group. “Everybody associated with the bank has been heartened by the tremendous strides Bob has made since taking leave and we look forward to his full recovery.”

In June, when Wilson took medical leave, it wasn’t clear how long he would be out, but a bank spokeswoman told the Boston Business Journal he was expected to return.

The board said Cambridge Savings has convened a succession committee to identify a new chief executive to lead the bank.

The bank said it has experienced strong commercial and consumer lending growth under Wilson’s leadership and in October had $2.3 billion in assets with 16 banking centers in Cambridge, Acton, Arlington, Bedford, Belmont, Burlington, Concord, Lexington, Newton Centre, Newtonville and Watertown. Community reinvestment was called “a top priority” under Wilson, and in May the bank won Lender of the Quarter from the Small Business Administration’s state office, ranking in the top 10 state lenders for the agency and significantly increasing agency loan volume from the prior year.

Kevin J. Fitzgerald, a former chairman of the bank’s board who has worked with Cambridge Savings for more than 45 years, has served as acting president and CEO of the bank since June.

Wilson, 62, has served as president and chief executive of Cambridge Financial Group and Cambridge Savings Bank, as well as the president of Cambridge Appleton Trust since January 2007. He has more than 30 years of banking experience, having joined the bank in 1995 as executive vice president and was appointed president and chief operating officer in June 2005. Wilson has been actively involved in the Massachusetts Bankers Association and American Bankers Association. He is a member of the board of overseers at the Mount Auburn Hospital and the board of directors of the Greater Boston Chamber of Commerce. He is former chairman of the Cambridge Housing Assistance Fund.

This report took significant amounts of material from a press release.