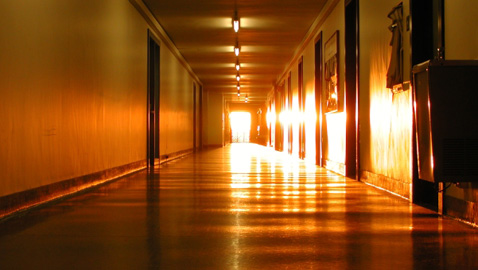 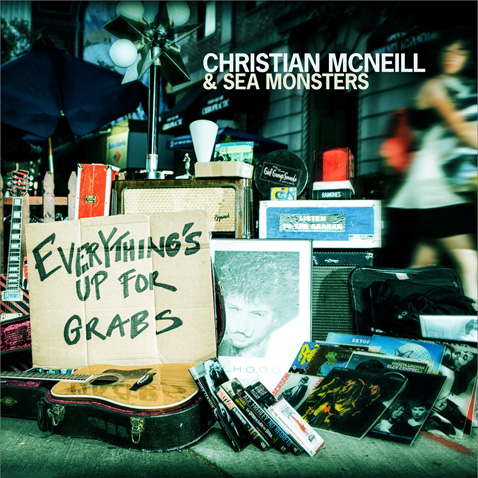 Party to the sounds of Christian McNeill & Sea Monsters. It’s only natural that Christian McNeill & Sea Monsters holds its two-night CD release party at Precinct in Union Square. That’s where they had a three-year Sunday night residency — three solid years of bringing in fans for McNeill’s powerful writing and singing (he won best male vocalist in last year’s Boston Music Awards) and his bands’s tight, horns-heavy rock. The album, “Everything’s Up for Grabs,” has 11 solid tracks produced by Ed Valauskas (in the running for best rock producer in this year’s awards) at Somerville’s Q Division Studios.

McNeill sang with Orchestra Morphine for a while — McNeill describes his “Southern Cross” as a hymn to Morphine’s late musical genius, Mark Sandman — and you’ll swear at some moments you’re being serenaded by Van Morrison, which also makes sense: McNeill grew up in Derry in Northern Ireland, where at age 10 he was inspired toward a love affair with music by a Van Morrison performance. But he’s been a local for long enough that now he’s slipping in references to Cambridge and Somerville in “If You Need Some (Come and Get Some).” 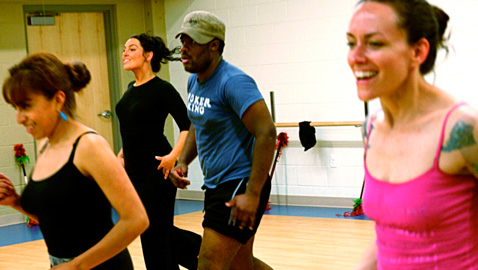 Check out some Fashionless Dance. How much do costumes change a performance? Central Square’s Dance Complex has a unique experiment into that question at 8 p.m. Saturday and 7 p.m. Sunday in which five new works are performed with dancers in rehearsal clothes — then done again after intermission in designer costumes. The proceeds from the event, naturally, go to Betty’s Closet, a costume co-op operating within the nonprofit, volunteer-run complex.

“Mention costumes to most choreographers and they pale,” said Rozann Kraus, founder of the complex and organizer of Fashionless Dance. “If a dance maker is lucky, an artist can be hired to design and build the costumes. More often, the dancers scavenge their closets.”

Having a co-op means kids get to borrow dance shoes they will likely outgrow quickly, and dancers can easily get a costume for a one-evening performance, Kraus said.

The dances include Joan Green’s “subtly quirky” duet, “The Principles of Uncertainty,” done in collaboration with designer Deborah Parker; a duet by Annie Kloppenberg; a solo by Kelley Donavan; Stephen Chang’s sextet with costume designer Sole Nazare; and Katie Egan’s large group piece to premier. Other designers working with the choreographers are Shaniece Cooper and Erika Carey.

Tickets are $20, or $18 for students and members of the Boston Dance Alliance. The Dance Complex is at 536 Massachusetts Ave., Central Square. For more information, click here. 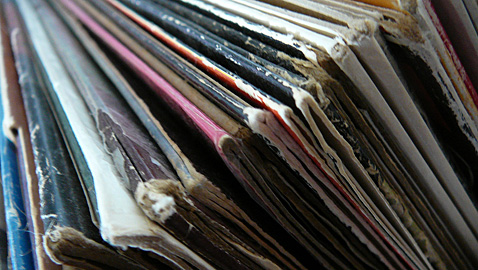 Go to Somervinylpalooza 3 and buy back all the vinyl you let go. Vinyl never really went away among true audiophiles, and now the hipsters love it too. So this latest meet for buying, selling or trading vinyl records (and compact discs and even, good lord, eight-tracks) is in a larger location, accommodating more than 60 tables of dealers from all over New England with all kinds of music and throwback musical items. That Styx album you gave away after junior high is probably there. Maybe there’s even a 78 of Long Cleve Reed and Little Harvey Hull doing “Original Stack O’Lee Blues.” You won’t know unless you flip through thousands of albums in cardboard boxes.

This New England Record Collectors Club show costs $5 (there’s a $20 preview admission that gets serious collectors in an hour early) and runs from 10 a.m. to 4 p.m. at the Boston-Somerville Holiday Inn, 30 Washington St., Somerville. For drivers, it’s off Interstate 93 at Exit 28, but there’s also free parking and shuttles from the Sullivan Square T station on the orange line. For information, click here. 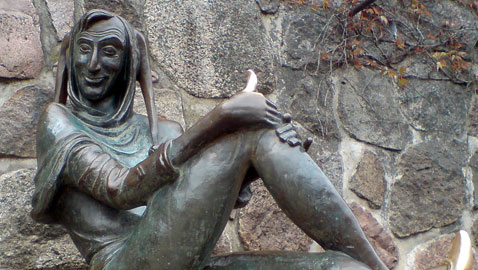 Cheer on “The Pranksters” with the Cambridge Symphony Orchestra. The troublemakers are the heroes in Bedřich Smetana’s “Overture to The Bartered Bride” and Richard Strauss’ “Till Eulenspiegel’s Merry Pranks,” and they’ll brighten your Sunday along with Johannes Brahms’ Symphony No. 3 in F major — all lush, heavy, dark compositions with a lot of humor and satire, says Cynthia Woods, conductor of the Cambridge Symphony Orchestra.

Smetana, the father of Czech music, delivered a light comic opera of couples’ true love winning out; Strauss dug deep into Germanic folklore to tell the tale of a heroic practical joker. “The three pieces are all related by compositional technique,” Woods says. “They follow an evolving line.” But listeners at this event may as well be transporting Owen Wilson and Vince Vaughn from “The Wedding Crashers” into “Overture to The Bartered Bride” and their favorite Marx brother into the role of Till Eulenspiegel (a statue of whom is shown above).

The “Pranksters” concert is 4 p.m. Sunday at The Center for Arts at the Armory, 191 Highland Ave, Somerville. Tickets are $15. For information, click here.

Gape in awe at the celestial wonders of MITHenge — for about two minutes. It’s time for the Massachusetts Institute of Technology’s biennial moment in the sun — meaning that twice a year the sun aligns with the school’s  roughly 823-foot “Infinite Corridor” and sends its rays somewhat stunningly down the entire length. It’s a cheap thrill, meaning free, and a short one, meaning it lasts for about two minutes for each of Sunday, Monday and Tuesday. But it draws hundreds of people (at least it did 11/11/11) who sit or stand behind yellow police tape, gawk and get on with their afternoon, some of them probably wondering why there’s no naked dancing or ritual sacrifice.

Your gawkortunities: 4:19 p.m. Sunday, 4:20 p.m. Monday or 4:22 p.m. Tuesday at 77 Massachusetts Ave. Miss these days and your next chance isn’t until January. “The best viewing occurs at the third-floor level, which has fewer obstructions and less traffic,” experts advise. More tips and Infinite Corridor astronomy is here and here. 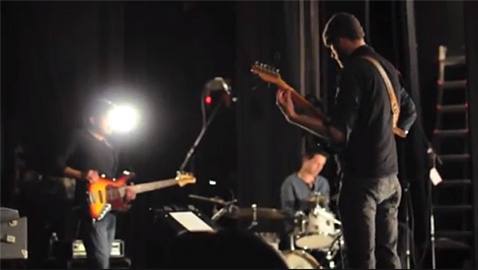 Check in with our most creative musicians to get your Veterans Day “TimeStamp.” Guitarist, composer and teacher Brendan Burns offers this performance to celebrate the release of a collaborative project and album called “TimeStamp” recorded at the theater in February — but the 15 musicians on stage will be performing completely new songs. “The album was about who we were in those three days in February. The concert is who we are in November,” Burns told Ken Field, host of WMBR-FM’s “New Edge” program, during a Tuesday appearance with musician Tony Leva.

The stage presentation offers a look inside a community of musicians who, aided by long working relationships, push the area’s musical offerings (and each other) into new territories. Tickets for the 8 p.m. Monday “TimeStamp” show are $15 and available here. The pre-show at 7:30 p.m. will feature the Kristen Ford Band. The show is at the Somerville Theatre, 55 Davis Square, Somerville.