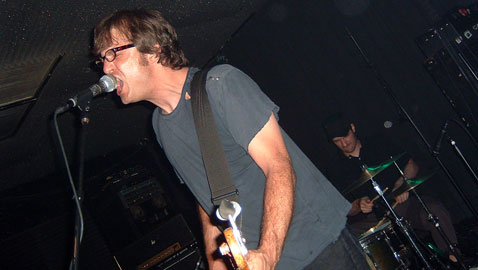 After loading up on Cambridge and Somerville candidates, the Boston Music Awards were cruel when it came to actual winners: The cities’ musical stars took home four awards.:

The best live ongoing residency was Tim Gearan, at Atwood’s Tavern, but that was a lock — Cambridge and Somerville clubs made up all five entries.

And the “unsung hero” award went to Ed Valauskas, of Somerville’s Q Division Records, who was in the running for rock producer of the year but lost out to Dave Minehan.

Amanda Palmer, who was up for artist of the year, album/EP and female vocalist, lost to, respectively, Karmin; “Youth Companion” by Mean Creek; and Nicole Nelson. Gem Club lost “new artist” to Cam Meekins and in the album/EP category. E-Marce and Leah V lost out in the DJ category to Frank White.

The Middle East and Toad lost for best live music venue to Royale, in Boston, and Heroes at T.T. the Bear’s Place lost best dance night to The Pill, in Allston.

The event was held Sunday at the Liberty Hotel in Boston.