Palmer cancels year of touring to care for ailing friend 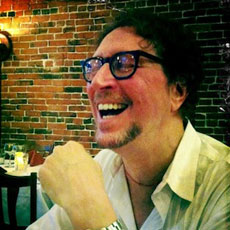 Palmer cancels year of touring to care for ailing friend

Rock star Amanda Palmer has canceled as much as the next year of performances — save for a New Year’s Eve performance in New York — to help care for longtime friend Anthony Martignetti, a psychotherapist and writer living in Lexington who founded the Biscuit Box Theater Co. and a writers’ group, Souled Out Artists. The two met as neighbors, when Martignetti was 30 and Palmer was 9, and he still lives next to Palmer’s parents in Lexington. Martignetti has cancer.

“He’s one of my biggest relationships, my lifelong mentor. My best friend,” Palmer writes in her blog.

“This is really, really hard for me to tell you,” she tells fans of the cancellations. “I feel like I’m letting a lot of people down … I take my professional commitments really seriously. Even if I’m sick, I play. But I also take my friendships really seriously. This situation calls for no other solution.”

As she notes, this past year has been huge for Palmer, and next year was likely to be important for her career as well. After busking in Harvard Square as a living statue called “The Eight-Foot Bride,” Palmer co-founded the Dresden Dolls, a prolific performance art rock band whose influence remains strong in the area. Most recently, amid a 13-year touring streak, she self-funded an album through Kickstarter, setting out to raise $100,000 and winding up with more than $1 million.

Despite a minor scandal involving payment for guest musicians as Palmer and The Grand Theft Orchestra toured, “Theatre Is Evil” ranked high as an album and live experience, and Palmer was set to continue the work in 2013, heading off to perform in Australia, New Zealand and Europe.

“This was an agonizing decision to make, but it was also … an easy decision, if you know what I mean. He’s my best friend,” Palmer writes. “I consider it a blessing, even if it’s a morbid one, that I have the luxury of canceling this tour and being with my best friend.”

“If I wasn’t willing to do that: What is my life even worth? Why bother to be successful?
If I can’t throw it away and sit by my friend when he’s this sick … who the fuck would I be? Really … who? So I’m canceling,” she writes.

She said she trusted her fans would understand.

Martignetti recently published “Lunatic Heroes: Memories, Lies and Reflections,” a book of short stories with an introduction by Palmer.