With a waiting list of 7,000, agency wants higher-income tenants to move on 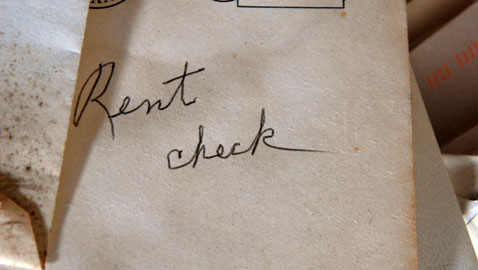 With a waiting list of 7,000, agency wants higher-income tenants to move on

A tiny portion of Cambridge families and individuals living in public housing have managed to reach a point where they earn surprisingly comfortable incomes, and now the Cambridge Housing Authority would like them to leave.

The authority plans to entice these tenants to move into private housing with a combination of carrots and sticks. The purpose: make room for some of the more than 7,000 households on the public housing waiting list, said Gregory Russ, executive director.

There are 32 families and individuals in Cambridge public housing developments earning as much or more than the median income in the area – ranging from $68,500 for a single person to $97,800 for a family of four to $113,500 for six people. Fifteen of the households earning more than median income are headed by a person over 58 years old, CHA senior program manager Carolina Lucey said.

The higher-income tenants make up a little more than 1 percent of the total 2,519 households in public housing projects. And it’s not a case where one or two workers in the family have climbed into high-paying jobs, Russ said. “I think these are multiple wage-earning households [where the many earners are] in okay or low-end jobs,” and the family’s total earnings add up to more than the median income, he said.

Families and individuals must make less than 80 percent of the median income to get into public housing. In most cases they earn much less; almost three-quarters of residents make less than 30 percent. But after people move in, there are no income limits.

Tenants generally pay 30 percent of their income for rent, until they reach the authority’s “ceiling rent.” That ranges from about $905 for a one-bedroom apartment to $1,463 for five bedrooms in family developments, and $1,054 for a one-bedroom to $1,194 for three bedrooms in elderly complexes. Ceiling rents are slightly lower in some family developments.

This means higher-income families may pay much less than 30 percent of their income for rent, while their poorer neighbors have a higher burden, Russ said. “Compared to their neighbors they pay a very low percentage,” he said. For example, a four-person family that earns the median income – $97,800 – and lives in a three-bedroom unit would pay slightly more than 15 percent of its income for rent.

If a household that earns more than the median income agrees to move out, the authority is proposing to pay the family’s first and last rent and security deposit for the new private-market apartment. Then the household would get a rent subsidy for six months ranging from $180 a month for a one-bedroom unit to $284 a month for four bedrooms.

That’s the carrot. The stick: If the family continued to earn the median or above for four consecutive years and did not move, the authority would raise the rent to its “community standard,” roughly the maximum it will pay landlords in its Section 8 rent subsidy program.

It won’t be good for CHA finances if the higher-income families leave, Russ acknowledged. Families paying higher rent for public housing require less subsidy from the authority, he said. “We recognize these folks pay a higher rent, but we also recognize that because we don’t have any [turnover] it makes it difficult to open the system to people on the waiting list,” he said.

In another proposed change to help people on the waiting list, this time for applicants waiting for a Section 8 rent subsidy, the authority wants some Section 8 tenants who have bigger apartments than they need to find smaller units. If they don’t, their share of the rent would increase by 10 percent. About 30 households fall into this category.

“Let’s say a family moves in with enough people for a two-bedroom apartment,” Russ said. After a while, the family size shrinks. “Then they have the option to request [a subsidy for] a smaller unit,” he said.

Instead, they stay. “It’s a problem we’ve run into on a recurring basis. We’ve had families say, ‘This is the unit I want to be in,” Russ said. While it’s understandable to want to stay in the apartment where you’ve lived for years, it keeps larger families in need of an apartment waiting. “We’re saying, ‘If you want to stay you’re going to have to pay a little more.’”

The proposal applies only to tenants in apartments where the rent subsidy is tied to the unit, not to Section 8 subsidy recipients who can take their benefit to any apartment they find. Those with more space than they need can get a conventional subsidy usable anywhere to find a smaller unit.

The authority could change its proposals after hearing from the public. A public meeting on all the authority’s plans for next year is scheduled Tuesday at 6 pm.. at Frank J. Manning Apartments at 237 Franklin St.