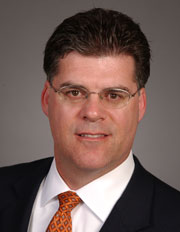 “Cambridge Savings Bank underwent a remarkable transformation over the past five years, delivering outstanding value and service to all of our customers, and Wayne Patenaude performed a central role in this success,” said Alan McClennen Jr., chairman of the bank and the its holding company. “By helping to guide the bank as it successfully implemented a series of strategic initiatives during challenging economic times, Wayne and the executive team further elevated the organization as a leader in the industry and the community. His experience and understanding are important assets that will allow Cambridge Savings to realize more achievements in the coming years.”

Wilson will remain with the bank as a member of its board of directors. He has served as president and chief executive since January 2007.

Patenaude is a board member of the Concord Carlisle Community Chest, an independent organization that raises funds and provides donations to vital human services organizations that help Concord and Carlisle residents. He earned a bachelor’s of science degree from the University of Connecticut.

“I am grateful for the opportunity to guide Cambridge Savings Bank and work with the Board to advance the Bank’s mission,” Patenaude said.