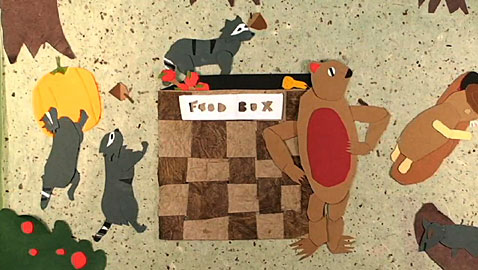 The Massachusetts Institute of Technology’s annual Mystery Hunt is this weekend, and it began at noon Friday. Since this list is supposed to cover Saturdays and Sundays, and figuring readers were unlikely to drop everything to launch themselves on what could be a three-day search around the institute’s campus, that event is listed as beginning on Saturday. But there was another Friday event that just cried out for a little rule-breaking. So, quick, get over to East Cambridge to … 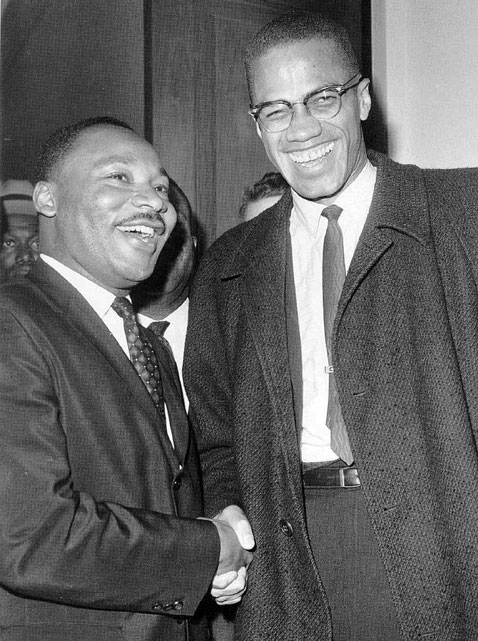 See MLK and Malcolm X meet on stage. Playwright Jeff Stetson imagines a clandestine meeting between the Rev. Martin Luther King Jr. and Malcolm X in February 1965 in his “The Meeting.” The one-night event, at 8 tonight, features Jeff Robinson – the musician and guiding light of the Lizard Lounge Poetry Jam – as King, Wesley Lawrence Taylor as Malcolm X and Michael Nurse as Rashad. The official description of the play:

A shabby Harlem hotel room becomes the backdrop for the momentous confrontation between King, Baptist minister, Nobel Prize winner and champion of nonviolent protest, and Malcolm, advocate of self-defense through any means necessary and himself the center of fractional warring within his own Muslim faith. Within a week, Malcolm will be assassinated, and in three short years Dr. King will also become martyred to the crusade for freedom. But in this historic moment, the audience becomes privy to what might have been. The play examines both the public and private lives: the clash of ideas and tactics for the advancement of freedom, but also the humanity of two devout men of faith, loving fathers and husbands and leaders willing to lay down their lives for the cause of justice.

“The Meeting” is at the Theater at the Multicultural Arts Center, 41 Second St., East Cambridge.

For another imagined look at King in 1968, Katori Hall’s “The Mountaintop” continues its run at the Central Square Theater, 450 Massachusetts Ave., with three weekend showings: 3 and 8 p.m. Saturday and 2 p.m. Sunday. Information is here.

Experience classical music as the “Music of the Sun” or a “Winter Serenade.” The Boston Chamber Music Society plays “Musical Helios: Music of the Sun” at 4 p.m. Saturday at Kresge Auditorium, 48 Massachusetts Ave., preceded by a 1:30 p.m forum. Artistic Director Marcus Thompson has chosen four selections to examine the image and use of the sun in music: Haydn’s String Quartet in B–flat major, Hob. III:78, “Sunrise”; Debussy’s “La Mer” arranged for piano four hands); Hartke’s “The King of the Sun: Tableaux for Piano Quartet”; and Respighi’s “Il Tramonto (The Sunset)” for voice and string quartet. Tickets are $35 for general admission, $32 for seniors or $10 for students (free for MIT students). The forum includes Michael Scott Cuthbert, an associate professor of music at the Massachusetts Institute of Technology; Kerry A. Emanuel, a professor of atmospheric science at the institute; and Leon Golub, senior astrophysicist at the Harvard-Smithsonian Center for Astrophysics. Tickets and information are here.

Take part in MIT’s epic Mystery Hunt. Will you find the coin and win the Mystery Hunt starting at noon Saturday? Uh, no. You’d have to have John Forbes Nash, Albert Einstein and Will Shortz on your team to catch up with the teams that have been playing since Friday and planning for months or years. Teams have to solve somewhere around 100 puzzles to figure out where that coin is hidden, a feat that took 42 hours last year and 63 hours in 2009 (and that was only the third-longest in a 32-year history). But by god you can get over to Building W33 at 106 Vassar St. at noon Saturday and Sunday and join in as an unattached player to test your mettle. It’s reputed to be one of the toughest puzzle hunts in the world. Information is here.

See what kids can make come alive at “Animating Youth! A Room 305 Retrospective.” Mobius is hosting a seven-year retrospective of animated artwork created by fifth- and sixth-grade students of the Cambridgeport Public Elementary School through Jan. 23, starting with a 6 p.m. Saturday launch at Mobius, 55 Norfolk St., Central Square. A screening of the films “A Mouse’s Tale,” “Mumbett: A Slave Stands for Freedom” and “The Animating Youth Documentary” follows at 7 p.m. “Animating Youth! A Room 305 Retrospective” is free but has a suggested donation of $5. Information is here. (The image illustrating this post is from a recent Room 305 film.)

Cambridgeport teacher Isabel Eccles has been using animation as an integrative teaching method for 11 years, creating a series of a cutout animated films inspired by the social studies and literacy curriculum focused on such places and times as ancient Greece, Mesopotamia and colonial Boston. Her collaborator since 2005 has been Norah Solorzano, a teacher at Harvard University, Lesley University and its Art Institute of Boston and at her alma mater, The School of the Museum of Fine Arts, Boston. Solorzano, who recently relocated to Brooklyn, N.Y., for graduate studies at New York University’s Tisch School of the Arts, will be on hand for the opening event.

There are drop-in hours scheduled Monday from noon to 6 p.m. The show is open Tuesday and Wednesday by appointment.

Rock out like it’s the 1980s and 1990s. It’s like your favorite alternative radio station has come to life, with one stereo speaker plunked down in Harvard Square and the other in Central. The much-loved, no-longer-missed-because-it-reformed Boston band Mission of Burma (formed in 1979, gone by 1984, you played its “That’s When I Reach for My Revolver” endlessly until it reunited in 2002 to massive critical acclaim and relief) plays The Sinclair, 52 Church St., Harvard Square, at 8 p.m. Saturday. More information is here.

The next day brings Cracker and Camper Van Beethoven to The Middle East Downstairs at 8 p.m. Camper was the quintessential smartass indie band from 1983 to 1990, virtually defining “college radio” in that no one outside of their college years, give or take a few, knew the hell they were – but member David Lowery had some success in the next decade getting wider radio play with Cracker songs such as “Low,” “Euro-Trash Girl” and “I Hate My Generation.” And now you can try to figure out what that song means to you. More information is here.

By the way, the freakin’ English Beat plays 8 p.m. Jan. 29 at Johnny D’s, 17 Holland St., Davis Square, Somerville. The English Beat! Of “Save It for Later,” “Mirror in the Bathroom” and “I Confess” fame! Amazing.