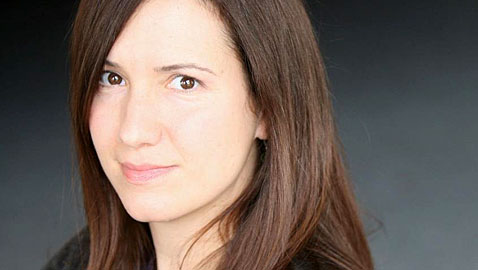 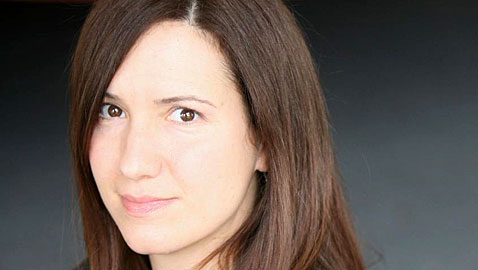 Jami Brandli, a playwright who teaches at Lesley University, is contributing an unfinished script to the “Playbook” series at ImprovBoston.

It turns out the play’s not the thing. In “Playbook,” the ImprovBoston show running late Fridays from March 15 to April 12, the play’s only the first minute or so of the thing.

And the rest is improv – actors and comedians taking the cues they found on the first page of an unfinished script to craft an entire one-act play on the fly.

This form of improv, which was invented in Cambridge about a decade ago by the series’ director, “relies as much on the skills of the improviser as it does on the improviser’s knowledge of play structure and theater presentation,” according to the theater’s description. “The goal is to put on a show that is hilarious and consistent with the tone and style of the playwright.”

The idea: The show opens with the cast seeing the set and script for the first time. The audience helps cast the roles. The actors read the lines on the first page, drop the scripts when they’re done and continue without missing a beat.

Director (and ImprovBoston artistic director emeritus) Will Luera introduced the format at ImprovBoston in 2002, brought it to festivals, including the 2009 Del Close Marathon at the Upright Citizens Brigade Theatre, and now returns it to its birthplace, theatre publicity materials said.

“‘Playbook’ is a unique opportunity for audiences to explore the intersections of art and comedy, improvisation and writing, head and heart,” said ImprovBoston’s artistic director, Mike Descoteaux. “We are thrilled to join forces with some of the most exciting playwrights in America to push the limits of improvisation as we know it.”

The show launches March 15 using a script by Jami Brandli, a teacher of playwriting and screenwriting at Lesley University who has more awards than most people have friends (not counting Facebook friends).

March 22 brings a script by Faith Soloway, a Boston singer-songwriter who injects theater into her musical performances (including with her band The Faith Soloway Crisis) and creates and performs comedic “Schlock Operas.”

March 29th’s improv starts with the work of Boston playwright, filmmaker and novelist James Ferguson, whose plays have been produced throughout the United States and in London. His short play “Ori & Addison” was one of 40 plays selected (from more than 900 submissions) to participate in The 37th Annual Samuel French Off-Off Broadway Short Play Festival at The Beckett Theatre in New York City.

April 5 features the work of Jeffrey Sweet, a member of Chicago’s Victory Gardens Theater, where 13 of his plays have been produced, and author of “Something Wonderful Right Away,” an oral history of Chicago’s Second City improv organization, and other books.

April 12 wraps up the series with Melinda Lopez, an award-winning playwright and actress and member of the Wellesley College faculty. Her play “Sonia Flew” was developed and premiered by the Huntington Theatre Company, won the Elliot Norton Award for Best New Play and two Independent Reviewers of New England Awards for Best Play and Best Production and has been produced around the country (as well as being broadcast on NPR’s “The Play’s The Thing!” with a cast including Elizabeth Peña and Hector Elizondo.) Her “From Orchids to Octopi” was performed at the Central Square Theater in 2010.