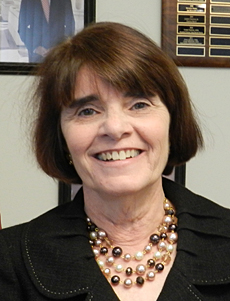 Marian T. Ryan has been appointed to be the next Middlesex district attorney.

Marian T. Ryan has been appointed to be the next Middlesex district attorney by Gov. Deval Patrick.

Leone’s last day was April 12; he announced in March that he was stepping down after seven years to be a partner in the Nixon Peabody law firm instead of running for a third four-year term.

In April, Patrick chose First Assistant Middlesex District Attorney Michael Pelgro to fill the role on an interim basis, but selected Ryan – described by the office as “a passionate advocate for the most vulnerable victims, including the elderly and developmentally disabled people who have been taken advantage of financially and physically abused” – to take the job until the November 2014 election.

“I am humbled by the responsibility which the governor has entrusted to me,” Ryan said. “I am thrilled to be leading the office where I have spent my entire professional career, and I look forward to continuing its long tradition of excellence.”

Ryan has worked as a Middlesex County assistant district attorney for more than 30 years, rising through the ranks while serving under five different district attorneys as a district court supervisor, Superior Court trial team captain and as chief of the domestic violence and elder/disabled units. Most recently, she has served as general counsel and chief of the Elder and Disabled Unit under Leone.

She has prosecuted hundreds of cases, her office said, including that of Walter Emery, a case that had remained unsolved for more than 20 years until his conviction in 2007 for the murder of a mother of three. Ryan has also briefed and argued more than 40 cases in the Appeals Court and the Supreme Judicial Court.

She is a graduate of Boston College Law School and got her undergraduate degree from Emmanuel College. Although she grew up in Cambridge, she lives in Belmont with her husband. They have two children.

Middlesex County has 54 cities and towns.