Professor’s popularizing of Japanese food earns an honor: Order of the Rising Sun 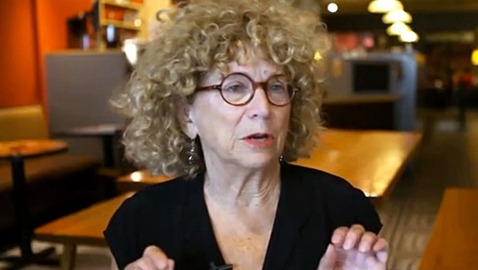 Professor’s popularizing of Japanese food earns an honor: Order of the Rising Sun

For many academics, educating people is its own reward. For Cantabrigian Merry White, a professor of anthropology at Boston University and author of “Coffee Life in Japan,” there is also the Order of the Rising Sun – a grand medal and ribbon signifying official recognition from the government of Japan.

The medal reflects “her significant contributions to the development of Japanese studies and the introduction of Japanese culture in the United States of America,” says an April 29 announcement of the honor.

The award, in the class of Gold Rays with Neck Ribbon, puts White in the company of a couple of a couple dozen others with distinguished achievements in international relations, advancements in their field, developments in social or occupational welfare, preserving the environment or promoting Japanese culture – including Clint Eastwood, Polish film director Andrzej Wajda and politician Ben Nighthorse Campbell.

“In contemporary U.S. food life, Japan has become tremendously popular, thanks in part to White’s contributions,” the announcement says, noting prolific writings on Japanese culture in newspaper articles and magazines including The Boston Globe and her role in a Discovery Channel series called “Culinary Asia,” all enabled by near-annual trips to Japan.

Last year’s publication of “Coffee Life in Japan” – a study of the place of coffee in Japanese society dating back more than 130 years – was just a highlight, the announcement says:

She has recently focused her attention on social space and social changes in urban Japan. Her many books cover the areas of education, internationalization, youth and popular culture, family/social policy and women in Japan.

In 1997, White introduced a course in the anthropological study of food culture. In 2002 and 2003, when she was a visiting professor at the Kyoto Center for Japanese Studies, she helped start a project of importing Cambodian coffee into Japan. In this project, Cambodian farmers and exporters are linked in a network. Eleven Japanese companies and one U.S. company have imported Cambodian coffee beans through the project. Funds obtained from this project were used to build elementary schools in Cambodia.