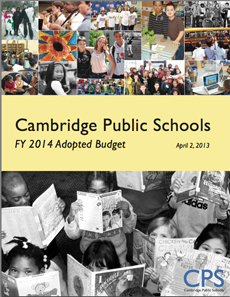 The $151 million school district budget ran into trouble Thursday, with five city councillors voting to keep it in committee instead of sending it to the full council for a vote.

With only three councillor votes in favor – Mayor Henrietta Davis, committee chairwoman Marjorie Decker and David Maher – the budget remains with the Finance Committee for more talk with School Committee members and district and city staff. The next hearing was to be at 9 a.m. Thursday if necessary, with this vote likely making it necessary.

The reasons for keeping the budget in committee varied.

“I’m concerned about kids leaving for charter schools, which could cost us as much as $10 million next year, ineffective programs like the High School Extension, very high out-of-district placements and the lack of multiple, objective measures of narrowing the achievement gap laid out in the budget,” vanBeuzekom said.

Some of Kelley’s reasons overlapped. He said in an e-mail to parents that he had a long list of concerns and wanted, among other things, “to see CPS take a much more aggressive stance in figuring out why we’re losing students to other schools and districts and to charter schools (about 390 kids for a cost of something like $9 million to $11 million, depending on the state’s reimbursement formula) … and I’d like a budget that explains why if, as the superintendent said, we’re spending the right amount of money on education, we’re getting the results that we get.”

He also repeated a longtime complaint: That the budget didn’t go into detail on how money was spent. That position got support from Cheung, who said the city manager was obliged to deliver answers that were data-driven and focused on outcomes, “and we need to look at the school budget through the same lens.”

“A lot of questions were raised during discussion that I don’t think received sufficient or appropriate answers from the superintendent,” Cheung said. “I’m not prescribing any particular program or remedy … but there are a litany of things people have talked about for years and years and that were not even addressed.”

When Superintendent Jeffrey Young was pressed on the topic of offering universal early childhood education – there is now a pre-kindergarten program offered to some parents by lottery, with those losing the lottery having no public options – “he said we’re going to think about it in two to three years,” Cheung said. “We’re building now. We’re projecting a quarter-billion dollars in [school construction costs] and you haven’t even thought about how to encompass it?”

Marc McGovern, vice chairman of the School Committee and a candidate for council in November, called the vote “unprecedented” and urged parents to contact the opposing councillors to urge them to pass the district budget, which was approved last month by the School Committee after an eight-month process of community meetings, discussion among teachers, principals, administrators and staff, budget subcommittee meetings and discussion by the full membership.

“In the several weeks since the School Committee passed the budget, none of these councillors contacted members of the committee or administration to ask questions or express concerns. This was a complete blindside to the public school community,” McGovern said in an e-mail to parents.

McGovern felt the decision came without adequate public explanation and worried that “politics and personality conflicts” played a role in threatening a budget that included such things as increased funding for special education, community outreach, speech and language specialists, school psychologists and an additional Special Start class.

“I am confident that we can all agree on a strategy to both pass this year’s budget and make improvements, to the budget and to our kids’ education, in future years,” Kelley said. He looked forward to a meeting in the coming weeks that might give “a better understanding of how this budget proposal fits in with the educational and fiscal realities of the city.”

The city’s entire proposed $507 million budget – of which education is the largest line item, at about 30 percent – must be adopted by June 5. The council was projected to adopt it May 20.

Because the School Committee crafts its budget independently, the council can only vote it up or down. But councillors said they would take the time they were allowed to get answers.

“We have a fiduciary responsibility to the city and to ensure every child who graduates has the the tools to succeed in whatever field they choose to pursue,“ Cheung said. “And there are clear deficiencies in the school system. We’re partners with you [in the school district]. Just tell us what’s needed.”