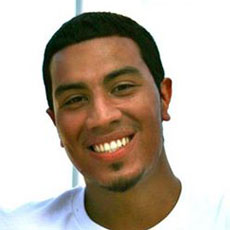 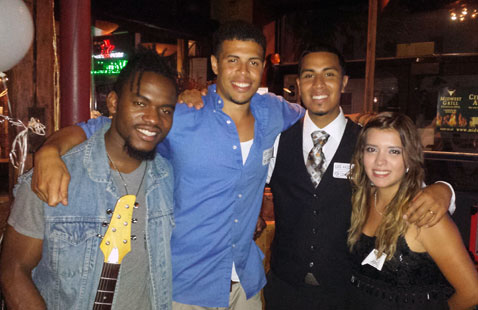 From the Luis Vasquez campaign, July 9:  More than 115 supporters gathered Sunday at the Midwest Grill on Cambridge Street to officially launch Luis Vasquez’ campaign bid for a seat on Cambridge City Council.

“I want to represent possibilities,” Vasquez said. “I want us to take this city by storm and create a Cambridge that welcomes everyone, just like it used to. Why stop at affordable housing? Let’s take it a step further and fight for affordable living as a whole.”

While complimenting the work of the School Committee and City Council in bringing innovation to our schools, Vasquez suggested that tech leaders in Kendall Square take their involvement a step further: “We are just a few blocks away from the mecca of intelligence in Kendall Square. Let’s continue to build on those relationships and remind those big companies to not just be in our community, but to be a part of it. Let’s match them up with every student in our schools.”

Vasquez emphasized the importance of civic engagement: “My name may be on those stickers, but this is a together thing. We are gathered here today because we love our community. Let’s make sure that nobody gets left behind on Nov. 5. I challenge you to find five people that are not registered to vote and you talk to them about why they should be. I challenge you to find the voters that only vote every four years for the president and you tell them why they should vote this November, as I will be. Whether you vote for me or not, just make sure you show up at the polls. At the end of the day, if we can work through these challenges together, Cambridge wins.”

Vasquez cited his personal experiences overcoming homelessness as a child and becoming a teen parent as the source of his passion for running. He added that the perspective of a youthful and native Cantabrigian will bring a much needed new energy to the council, along with serving as an inspiration to youth in our City.

The event was capped off by Vasquez wife, Dariana Vasquez, signing the final slot of the maximum 100 certified signatures needed to put her husband on the ballot. Supporters were treated to brazilian food, cake, promotional materials and live music by R&B artist (and Cambridge native) Mike Wyche. There was a cash bar.