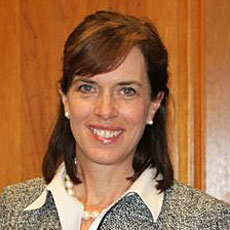 From the Katherine Clark campaign, July 16: Ironworkers Local 7 has endorsed state Sen. Katherine Clark, a Melrose Democrat, as she campaigns to become the next congressman from the 5th Congressional District. The Ironworkers are the third major labor union to back Clark.

The labor union, which represents 3,000 members across Massachusetts, supports Clark as she pledges to change the conversation in Washington away from battles to turn back the clock on women’s health toward standing up for middle-class workers who struggle with covering health care costs, saving for retirement and paying for college educations.

“Katherine has always been a champion of working families,” Local 7 Business Agent Stephen Williams said. “She understands that our economy needs to grow from the middle out, not the top down. That’s why we want to send her to Congress, because we know she will fight for increasing the minimum wage, improving workplace safety, and investing in infrastructure.”

The endorsement shows Clark’s growing support from organized labor. She has endorsements from the NAGE/IBPO/SEIU Local 5000, representing 22,000 workers, and the Teamsters Local 25, representing more than 11,000 workers who believe she’s the best candidate for creating an equitable tax code and fighting special interests.

“I’ve always fought for the values of working people, and I’m honored to gain the endorsement of the Ironworkers Local 7,” Clark said. “I’m going to Washington to stand up to extremist Republicans and fight for good jobs and fair wages so that the American Dream remains in reach for working families.”

Clark has been endorsed in her race for Congress by the Women’s Campaign Fund and has been placed “On The List” by Emily’s List.