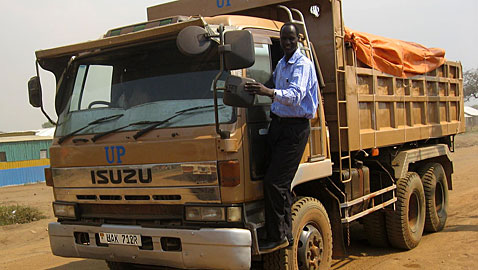 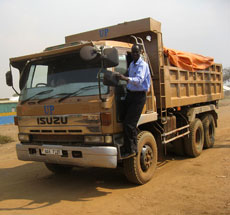 While “Lost Boy” Moses Joknhial II found a home in the United States, he hasn’t left Sudan behind. He’s at Cambridge’s Out of the Blue Gallery at 6 p.m. Saturday to explain what he’s doing to help his former homeland and the town of Panyang through his nonprofit, Rebuilding South Sudan through Education.

Born in 1978, Joknhial lived in Panyang until it became swept up in the violent civil war between northern and southern Sudanese. In 1987, he was forced to leave his parents and flee Panyang. He became one of the Lost Boys of Sudan, a group of tens of thousands of young boys who left Sudan to travel barefoot over 1,000 miles of desert to Ethiopia. Although many died during the journey from disease, wild animals and starvation, Joknhial survived. When Ethiopia’s own civil war erupted several years later, though, he once again had to flee. His journey eventually brought him to the United States, where he rebuilt his life by immersing himself in school.

His strong belief in the power of education to rebuild lives led Joknhial to found Rebuilding South Sudan through Education, which is dedicated to improving the education and lives of residents of his home village. In 2011, the organization opened the United Primary School of Panyang and began plans to build a medical clinic and women’s center. Reliable sources of electricity and, in particular, indoor lighting, are problematic for Panyang, though.

Cambridge resident Eric Verploegen met Joknhial last year. Upon learning of the difficulties in delivering reliable electricity to the school and proposed medical clinic, Verploegen believed solar power could be the solution. With a Ph.D. in polymer science and technology from the Massachusetts Institute of Technology, Verploegen spent several years at Stanford University doing solar cell research and development. Through his research, he became familiar with the solar power industry and low-cost products that could benefit the town.

Together, Joknhial and Verploegen developed a four-phase plan to bring solar power to the school, as well as the medical clinic that is currently under construction.

The Saturday benefit will focus on providing solar power to Panyang. Proceeds from the event will be applied toward providing solar power to the school and clinic, buying a solar-powered refrigerator to store temperature-sensitive medicines at the clinic, a pilot project to engage local women in the sale of low-cost solar cells to deliver electricity to homes and the training of local residents in installation and maintenance of power cells, increasing the project’s self-sustainability.

The night will feature a presentation by Joknhial, a silent auction and raffle of goods and services donated by local vendors and original artwork by local and South Sudanese artists.

The event us at 6 p.m. at the Out of the Blue Art Gallery, 106 Prospect St. If you are unable to come but are interesting in learning more about the project, more information is here. Verploegen can be reached by e-mail here.