Koutoujian campaign says it got 5,000 signatures in a week for run in 5th 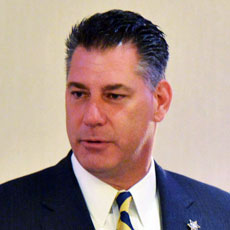 Koutoujian campaign says it got 5,000 signatures in a week for run in 5th

From the Peter Koutoujian campaign, July 31: The Peter Koutoujian for Congress Campaign announced that it has secured more than enough signatures to put Koutoujian’s name on the ballot for Oct. 15. The campaign’s volunteers collected signatures from all of the 24 towns in the 5th Congressional District, with help from supporters from Cambridge.

Nigel Simon, a volunteer from Cambridge, was to accompany Koutoujian, now Middlesex County sheriff, when he dropped off signatures at Cambridge City Hall.

“This was a true grassroots operation that brought out over 100 volunteers from across the 5th Congressional District to collect signatures for Peter,” campaign manager Chris Joyce said. “The response was incredible. In just about a week, our 100 percent volunteer force was able to secure our goal of 5,000 signatures, far and above the necessary number to qualify.  We look forward to the next stage of our campaign that begins today.”

The campaign now turns to door-to-door, neighbor-to-neighbor and friend-to-friend contact.

“I’m running to represent the 5th District on issues of concern to voters, like creating the right conditions to grow our economy and making sure we have quality health care for all,” Koutoujian said. “I am also running to fight for the best education for our kids so they can provide for their families in the future.”