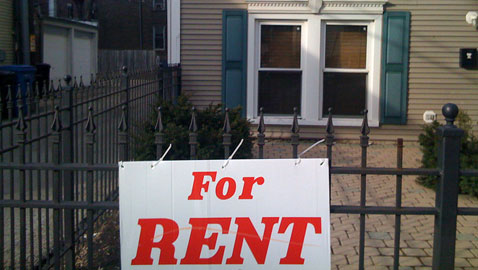 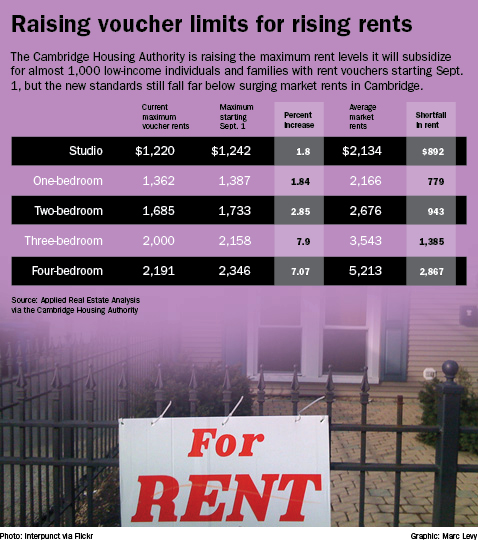 The Cambridge Housing Authority is raising the maximum rent levels it will subsidize for almost 1,000 low-income individuals and families with rent vouchers by up to 8 percent, but the new standards still fall far below surging market rents in Cambridge.

The authority’s board okayed new “payment standards” for the $12 million rent subsidy program this week, with the standards set to take effect Sept. 1. People with vouchers generally pay 30 percent of their income for rent and the authority pays the rest, up to the payment standard for that size apartment.

Since market rents are much higher than the standards, an increasing number of poor families with vouchers are leaving Cambridge to rent in more affordable communities, including Somerville, Medford, Boston, Malden and Everett, according to a study done for the authority a year ago. Those were the top five among 31 cities and towns where Cambridge voucher holders lived, including communities as far away as Burlington, Salem and Rockport.

The study found that the percentage of voucher holders living in Cambridge dropped from 93 percent in 2004 to 77 percent in 2008. The number now is about 60 percent of about 960 voucher recipients, Deputy Executive Director Michael Johnston said.

Market rents range from $2,134 for a studio to $5,213 for four bedrooms, according to an analysis for the authority, almost double to more than double the voucher maximums.The authority last raised the maximum in 2010.

A memo to the board from Marcia Franklin, director of leased housing, said raising the limit will increase the cost of the program and could reduce “the number of families we can serve.” Johnston said costs will go up $719,000, about 6 percent, “but this does not happen overnight.”

It will take a year to 18 months for the full impact to take effect, and the authority expects to get more federal funding while saving money from “the normal workings of the program,” Johnston said. Besides, the families living outside Cambridge mostly rent for less, so their subsidy is lower, he said.

“Essentially, the impact should be minimal and the overall number of households subsidized will not change,” Johnston said.