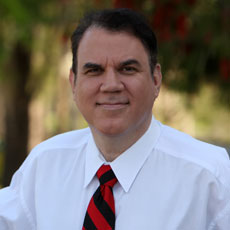 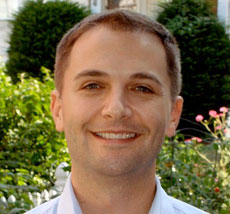 State Rep. Carl Sciortino has a national-level ally in his opposition to military strikes in Syria and pursuit of Massachusetts 5th Congressional District seat.

During a 10 a.m. Monday conference call, Grayson and Sciortino will “issue a challenge to the other six candidates in the race to join them in opposition to the authorization of military force in Syria,” the Sciortino campaign said Thursday. (The Globe’s rundown of their opinions on Syria is here.)

President Barack Obama said he would seek Congress’ approval for a military strike in Syria, where President Bashar Assad is accused of using chemical weapons Aug. 21 against citizens he believes to be involved in an uprising. It has been reported that the attacks killed more than 1,400, including many children.

Grayson, who has endorsed Sciortino’s campaign, is leading the charge against an attack in the U.S. House of Representatives.

“I think that the forces of warmongering and the forces of the military-industrial complex are headed for an historic defeat in the House,” Grayson told Democracy Now in a Thursday interview. “It’s simply not our responsibility to act alone and punish this.”

During George W. Bush’s years as president, the Harvard-educated Grayson was a hero of progressives for taking on conservative policies with the kind of blunt, outrageous language more often associated with right-wing punditry. There were several “greatest hits” collections of Grayson moments collected in the Bush years, mainly video clips of testimony and television appearances. (See the Daily Kos collection here.) He lost his 8th Congressional District seat in Florida to a Republican challenger in 2010, then won election to Florida’s 9th Congressional District seat last year.

On Tuesday, Sciortino called himself the only candidate in Massachusetts’ 5th opposing strikes in Syria, and the next day he launched a MoveOn.org petition against authorizing force – joining Grayson’s own online petition. There are options to consider before a “last resort” military strike, Sciortino has said.

Sciortino, a Medford resident and graduate of Tufts University, was first elected in 2004 at age 25. His 34th Middlesex District includes parts of Medford and Somerville.

His campaign reached out to Grayson “based on shared positions,” Sciortino spokesman Matt Larson said Thursday. “Carl is a true progressive … and Alan wants more progressives in Congress.”

On the Republican ballot are Frank Addivinola, of Boston, Michael Stopa of Holliston and Tom Tierney of Framingham.

Update on Sept. 9, 2013: After the call, the Sciortino campaign said the candidate would “stand with veterans and supporters who are against military intervention in Syria” at a 2 p.m. Tuesday press conference at Cambridge Common Park, in front of the cannons near 1511 Massachusetts Ave. “This generation has been asked to fight in two wars, and told ‘good luck’ when it comes to pay for them. We cannot ask the sons and daughters of the United States to go and fight while the rest of our allies get to sit out,” Sciortino said.

Meanwhile, three other candidates came out Monday against a U.S. military strike in Syria: Brownsberger, Clark and Koutoujian.