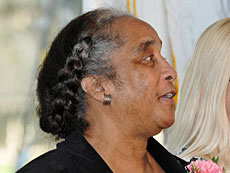 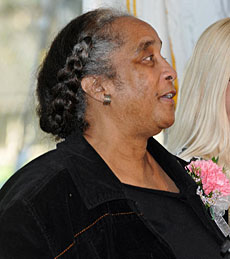 Cambridge Housing Authority commissioners faced boos and shouts of “Shame on you!” after the majority adopted a modified smoking ban in public housing developments.

About 35 opponents of the ban who filled the authority’s fourth-floor meeting room sat quietly while board members discussed the measure for about 15 minutes today, but a small number erupted after the vote.

The board voted 3-1 to adopt the policy, which affects more than 2,500 low-income public housing residents but not people in subsidized private housing. It prohibits smoking in public housing developments except in designated areas outdoors. Commissioner Victoria Bergland, who represents tenants, voted no after objecting that it was too harsh and hurried and would be especially hard in winter on “residents that are feeble and fragile.”

“It hurts my heart to do this so quickly,” Bergland said, adding that addicted people might need a few years to stop smoking. “It’s an addiction. I don’t see them stopping on a dime.” The ban takes effect Aug. 1, but individual developments can impose the change sooner if enough residents vote for it.

Bergland also proposed establishing indoor areas for smoking, echoing others who commented on the ban during several months of public scrutiny. And she criticized the threat of eviction for repeated violations. “To me it’s so harsh and unnecessary,” Bergland said. “The money spent on evictions could be spent on helping people to stop. It might take a few years but it wouldn’t put people on the street.”

The committee of tenants and managers that developed the policy has said that 79 percent of residents who answered a survey said they would like to live in smoke-free housing. The committee also cited well-accepted scientific evidence that secondhand cigarette smoke causes health problems. A number of tenants have complained that smoke seeping into their apartments worsens their children’s asthma and hurts their own health. Some have requested transfers because of ambient smoke, authority officials have said.

Officials also say it is more expensive to prepare an apartment that has housed a smoker for new tenants than to clean a unit occupied by non-smokers.

“It comes down to a health rationale: the impact on neighbors and the difficulty of finding a technical solution” to smoke drifting throughout an apartment building, CHA general counsel Sue Cohen said. “There is overwhelming support [for a ban] among tenants despite the vocal opposition.”

Cohen also said the ban will not apply to e-cigarettes, electronic devices that look like cigarettes and emit a mist containing nicotine. Some studies have shown that they help smokers quit, but their long-term effects are unknown.

The ban as originally proposed in May would have prohibited cigarette smoking anywhere on authority property. In response to criticisms, the tenant-manager committee made several changes that softened the impact, including allowing cigarettes in designated outdoor areas, removing the threat of a $100 fine and moving back the implementation date from Jan. 1 to Aug. 1.

This did not mollify opponents. They showed up in force at the board meeting two weeks ago when the modified policy was proposed, and they came again today.

After the vote, there were subdued boos. When the crowd learned people would not be allowed to comment at the meeting, opponents objected more loudly as they started leaving the boardroom.

“Go back to North Korea,” one man shouted. Cries of “Shame on you!” broke out. Most of the audience walked out and could be heard talking loudly outside the room. They were gone within 15 minutes.