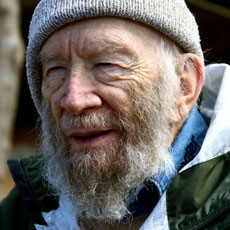 Elie Yarden, 90, is running for City Council for the first time, calling this a critical time in Cambridge’s development to which he wants to contribute his knowledge and political vision. He is a Green-Rainbow Party candidate who has been active in city civics for 20 years.

He is a Philadelphia native and retired Bard University professor who moved to Cambridge 32 years ago. He has a spouse, three sons and three grandchildren.

Whatever the peculiar aspects of a particular city, it stops being a political entity when it cannot house its population. Enactment into law of the “right to domicile” is a city’s only secure way of encouraging the presence of traditional and nontraditional families supportable by the income of one or more wage earners whose work is required. Because of the presence of large institutions with transient populations, large research and development facilities and high-tech manufacturing, the required number of skilled custodial and maintenance workers may be larger than elsewhere. Another varied working population to be housed is needed for tourism, an important source of income to the cities’ businesses. Finally, the residents – not the corporate stakeholders, but the people who now live, work, learn and play here – have the knowledge and the wisdom to govern and plan, indirectly and directly.

Yarden on the issues