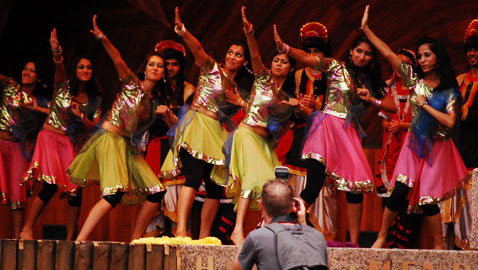 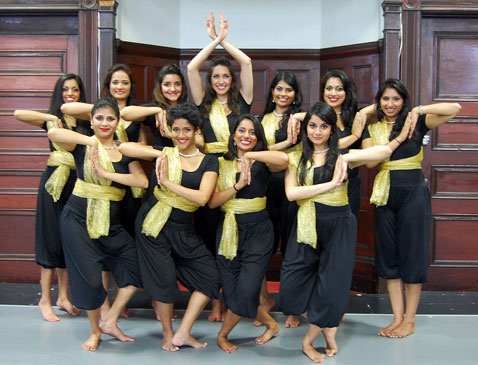 Our pop culture has been adopting Bollywood’s exuberant stylings for at least a decade, but next weekend Cantabrigians can see what we’ve been missing for the better part of a century.

The Nazar Bollywood Dance Troupe brings its “A Century: Bollywood Through the Ages” show to Central Square’s YMCA Theatre on Saturday, promising that:

Nazar’s showcase will bring you the classical moves of Rekha to the sizzling steps of Kareena and everything in between. Join us for a hip-shaking, musical walk down memory lane.

While the 11 members of the group fuse Western dance styles such as jazz, ballet and hip-hop into their choreography, their work is grounded in the intricate classical and folk traditions incorporated by the Mumbai-based film industry since it began churning out its florid but intoxicating musical epics in the 1950s.

Co-artistic director and dancer Swati Tiwari – who introduced Bollywood to performances by Somerville’s OnStage Dance Company – has been dancing in the Bharatnatyam style since she was a 3-year-old being raised in Pune in southern India. The troupe’s founder and other co-artistic director, MIT-educated Sharmeen Browarek, started at 4.

The show’s “incredible journey through India’s vibrant Bollywood history, from the 1950s to the present” takes place at 7 p.m. Saturday at the Cambridge YMCA Theatre, 820 Massachusetts Ave., Central Square. Tickets are $15 online or $20 at the door.