Walter Sickert’s ‘Pornival’ video is exactly what you expect, not what you’re thinking 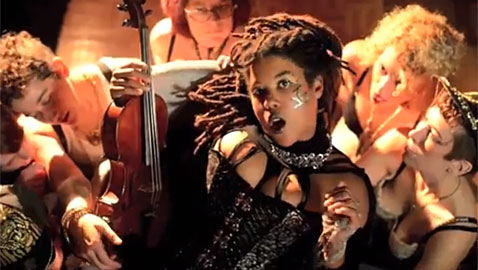 Walter Sickert’s ‘Pornival’ video is exactly what you expect, not what you’re thinking

When Walter Sickert & the Army of Broken Toys surpassed their Kickstarter goal of $6,600 in December to hit nearly $20,000, it meant they could do more than just mix, master and manufacture “Soft Time Traveler,” the band’s first studio album in two years. The band promised vinyl, multimedia packaging, a full tour and a video for each song on the 18-track album.

The videos for the April 16 album were the last to come true, and as of Halloween they’ve started to roll out. The first is for the song “Pornival” (originally part of the band’s 2011 RPM Challenge production), and it’s exactly what fans have come to expect: a bacchanal of eccentricity backed by sophisticated musical chops.

In fact, the band is even more accomplished musically than last time around, and the production by Joel Simches is a step up as well.

“Pornival,” by the way, is officially short for “portable carnival” – not whatever thing you were thinking. The video is orgiastic, as pretty much everything about Walter Sickert & the Army of Broken Toys is sooner or later, but safe for work and the kids. (The video’s tribute to a scene from “The Shining” might haunt their dreams a bit, but it’ll probably bother you just as much.)