Six tweets in which our local comedians try to make us think, explore big issues 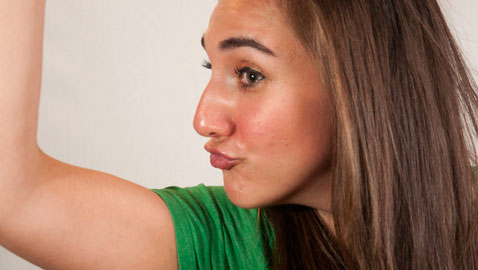 Six tweets in which our local comedians try to make us think, explore big issues

Here are six tweets to start your week on a thoughtful bent.

If you spread apple butter on an apple, is that cannibalism?

Danielle Soto is a Boston writer, actress, and standup comedian.

Kevin Seefried is an Allston comedian and open-mic host attending his senior year at Emerson College in Boston. He performs during the 8 p.m. Wednesday show at The Comedy Studio, 1238 Massachusetts Ave., Harvard Square, and launches a monthly show called “Bogart at Berklee” on Jan. 22 at The Red Room at Cafe939, 939 Boylston St., Boston.

Cambridge writer and comedian Caitlin Durante has participated in the Women in Comedy Festival, Out of Bounds and the Boston Comedy Arts Festival and does standup regularly in the Boston area. She’s onstage at 9 p.m. Saturday doing standup at ImprovBoston’s Battle Royale.

If you have ever said 'problemo,' we have a problem.

John Tullar is a Somerville comedian performing during the 8 p.m. Wednesday show at The Comedy Studio, 1238 Massachusetts Ave., Harvard Square.

Drying my rice off in a bag of cellphones.

Matt D. was named a “Comic to Watch” by Comedy Central, won the 2012 U.S. Magner’s Comedy Festival and is a character on the Jonathan Katz series “Explosion Bus.” He performs at 8 p.m. Wednesday at ImprovBoston, 40 Prospect St., Central Square.

Christa Weiss is a Boston comedian, artist and writer, including for the UnScene Comedy website. She performs during the 8 p.m. Wednesday show at The Comedy Studio, 1238 Massachusetts Ave., Harvard Square.