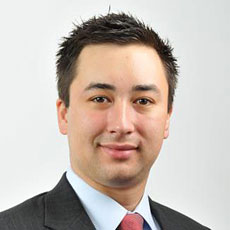 City councillor Leland Cheung has taken an exploratory campaign for lieutenant governor to the next level with a $118,981.92 donation.

If Leland Cheung seemed quiet at Monday’s meeting of the City Council, it may have been because he was still tired from figuring out the most complicated way possible – Cambridge style! – of entering a campaign for lieutenant governor.

Last week, the third-term city councillor deposited 21 checks into his campaign fund, according to the state’s Office of Campaign & Political Finance, totaling $118,981.92. Each check held amounts made up entirely of ones and zeros, ranging from $1,100 to $11,011.11. 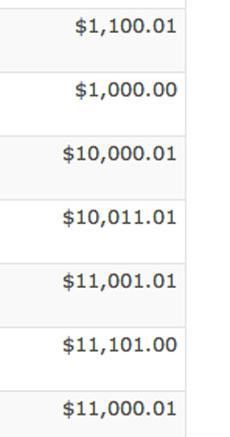 A snippet of a screen capture shows how Cheung broke down his campaign donations.

The effort may look more complicated than it really was for a Harvard/Massachusetts Institute of Technology grad such as Cheung. Figuring out the 21 checks took “less time than it took me to walk to the bank” to deposit them, he said Tuesday.

Cheung’s exploration of a run for lieutenant governor, after a try at becoming mayor Jan. 6 in an inaugural council meeting that instead elected David Maher, was reported by Erin Baldassari at the Cambridge Chronicle Jan. 15. Only hours later Cheung posted on the Blue Mass Group website: “Yes, it’s true. I’m exploring a campaign for lieutenant governor.”

The explorations presumably went well, and two days later he filed to create a campaign formally. Then, after another few days, he deposited nearly $120,000.

In a Six Questions session posted Jan. 18, Cheung explained what motivated him to explore a run.

“I’ve been working in the innovation economy and thinking about how we make sure that our economic engine benefits not just a few, but every single person in the community,” he said. “How do we make sure that we create great jobs, not just for those people with Ph.D.s., but for every single person working in the building? I think that’s a question we can address and solve across the commonwealth, and I want to use the tools I’ve learned here in Cambridge to help us do that.”

Next January, Gov. Deval Patrick will leave Massachusetts much stronger than he found it, with a renewed commitment to economic opportunity for all … We won’t be able to keep this commitment, though, if Charlie Baker and the Republicans are elected this November instead of our Democratic ticket. And that’s something that I’m thinking about too: who can best help our gubernatorial nominee win in the fall? Who can convince the average voter – not the Democratic Party faithful (we already know better!) that our party has the best ideas to take our state forward? Who can speak to communities of color and young voters, who have often been marginalized from state government? When activists tell me their concerns on this issue, I think back to my own experience as a Cambridge city councillor – first elected by the skin of my teeth in 2009, as the first ever Asian-American to join the City Council, and then reelected with the highest vote totals of any other Councilor in 2011 and 2013. In Massachusetts, just as in Cambridge, it won’t matter how good our ideas are if we lose the election. We’ll never get to put them into action.

What happens to Cheung’s council seat if he wins Nov. 4?

A $109,604.37 recount held last month included a final “vacancy recount” round to help decide a replacement if a councillor were to leave midterm. The result would be decided by the departing councillor’s No. 1 ballots, which would be looked at to see which remaining candidates were the voter’s second choice, third choice and so on – and that may well be Ken Reeves, who was on the council for 24 years before being unseated in November.

Reeves has 978 of Cheung’s surplus ballots, compared with Minka vanBeuzekom’s 930, although vanBeuzekom was the petitioner for the recount after being cut from the council by less than 1 percent of the election’s valid ballots. Still, a run of the count done by Robert Winters of the Cambridge Civic Journal website, using the same software the city uses, suggests vanBeuzekom would return to the council if Cheung steps down.

That doesn’t quite pin it down; the Election Commission would still do a likely one-day manual recount using the vacancy recount as a starting point, as it did when Brian Murphy left for a state appointment in 2009 and Larry Ward stepped in for the remainder of the term.

John Hawkinson contributed to this story. It was updated Jan. 29, 2014, to show vanBeuzekom would be likely to return to the council if Cheung steps down.