Some comedy tweets for your Monday, from NBA’s Donald Sterling to Caligula 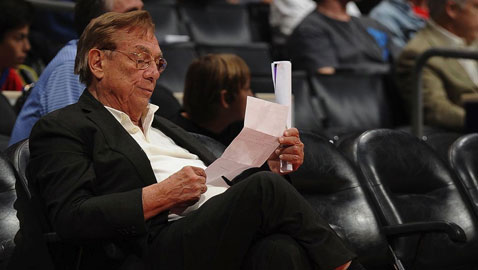 Some comedy tweets for your Monday, from NBA’s Donald Sterling to Caligula

After telling his biracial girlfriend not to hang out with black people like those he works with as owner of the Los Angeles Clippers basketball team, Donald Sterling is now considered by some to be a bit of a racist. But Mickey McCauley, a Baltimore transplant and Boston comedian, has another take on the matter:

Since McCauley is on a roll, here are some more:

Somerville comedian John Tullar has something else on racism:

I'm an Indian Giver but it's not as offensive as it sounds. I enslave Native Americans and hand them out as presents.

What else is going on? Cambridge comedian Mike Zakarian has one answer:

Somerville comedian Lillian DeVane has another:

Out of solidarity, I'm waiting to have a baby until everyone can have one.

Cambridge’s Matt D., named a “Comic to Watch” by Comedy Central and now a character on the Jonathan Katz series “Explosion Bus,” has been having some deep and disturbing thoughts:

I think it's about time we call the #2 pencil the #1 pencil.

My goal is to get my therapist to say "Wow, that's fucked up, I mean, continue."

While Danielle Soto, a Boston writer, actress and standup comedian, is just getting out of town: