Happy? Using Tinder? Here are six tweets from comics that show how we are today 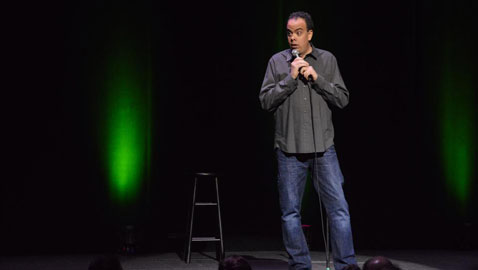 Happy? Using Tinder? Here are six tweets from comics that show how we are today

Clap your hands if you feel like happiness is annoying.

Dan Crohn is a Boston comedian. His website is here and he performs at 8 p.m. May 18 at The Comedy Studio, 1238 Massachusetts Ave., Harvard Square.

"Let me just Bing that on my windows phone" – Nobody, ever.

Niraj Shah is a Cantabrigian and regular at clubs such as The Comedy Studio and ImprovBoston in Central Square (his website and calendar are here).

If you're a woman and on Tinder, are you required to have a picture at a hockey game?

Mike Zakarian is a Cambridge comedian.

When entering a single room bathroom, when has the problem been you didn't pull the door knob hard enough? I'm in here, idiot. It's locked.

Hannah Foell is a Somerville improv comic and writer (see her Tumblr at Hannahs Are Particularly Good).

Was just in the Walk for Hunger from my car to the FedEx Kinko's. Made some life-long friends.