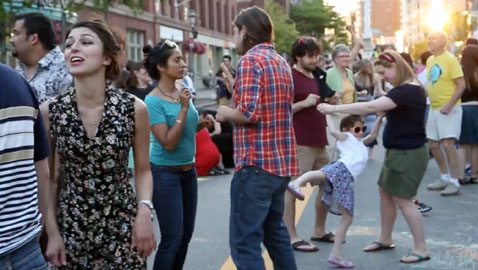 An estimated 12,000 Cambridge residents and guests gathered Friday in front of City Hall, moving their bodies to music from 7 to 11 p.m. for the city’s free annual Dance Party. After sunset, at around 9 p.m., colorful lights were cast on City Hall as a background for the dancers.

The dance party began in 1996 as part of the 150th anniversary celebration of the city.