‘Linkage’ of $3.9M for affordable housing was left on table by city since 2002 advice 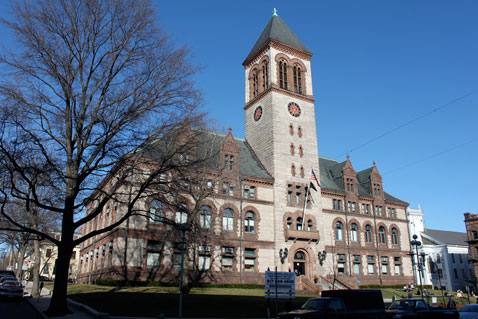 ‘Linkage’ of $3.9M for affordable housing was left on table by city since 2002 advice

Low- and middle-income residents struggling to stay in Cambridge get another peek Monday at city government’s halting efforts to help, but even more interesting is what’s missing from the Housing Committee report being presented to the City Council: a look at how much money intended for affordable housing was lost by the city when officials failed to adopt a 2002 study about “linkage” fees for big construction.

The 2002 study suggested raising these fees to be paid by developers for each square foot of certain added building space to $7.83 from the $3.28 that was in place after the first so-called nexus study in 1988. City law says the linkage fee is supposed to be reassessed every three years, but it hasn’t been; the fee has risen to its current $4.58 only because it’s recalculated to reflect incremental growth in the consumer price index.

The money lost from inaction could be $3.9 million, according to city councillor Dennis Carlone, who called for an update to the linkage fee in the spring – an effort yielding a July 8 report from the Community Development Department outlining money “left on the table” as the incentive zoning program went well over a decade without a council update.

The 2002 nexus report proposing a higher linkage rate was handled by a council committee in February 2003, but no action was taken – “It was agreed without objection that the issue would remain in committee for … requested information and for further discussion,” minutes of the meeting say – and council records show the committee never picked the issue up again, meaning it was never sent to the full council for a vote.

The co-chairmen of that Ordinance Committee were David Maher, who is still a city councillor and current mayor, and Brian Murphy, who is now assistant city manager for community development. It is the department he leads that is in charge of bringing a new nexus study to the council, but it has taken more than a year just to get bids from the experts who might do that study.

Councillor Dennis Carlone prompted calculation of the lost linkage money in May, when he tried to get the council to belatedly adopt the 2002 recommendation for $7.83 per square foot – or about $10 in today’s dollars – saying, “We waited long enough, let’s just do this. We’ve been asked to look for all the creative ways to find additional funds for affordable housing, and this is there already, we’re just not taking it. We’re not asking for it.”

The council actually adopted Carlone’s amended order that night, asking the city manager to report back by May 19 with draft language for implementing the 2002 nexus study recommendations while a new study was done, but the deadline was missed. The matter was also referred to a joint hearing of the Housing and Finance committees, which hasn’t happened.

But a final order of the council, for a report on lost revenue, was done, and Murphy presented it July 9 with estimates that the proposed $7.83 rate would have been applied to 1.3 million square feet of development since 2002 out of a total 7.3 million square feet built in the city. (Linkage applies only to construction of commercial buildings bigger than 30,000 square feet that get built with special permits to increase the use or density above what city zoning allows. Developers can either build affordable housing units or pay the linkage fee.)

Murphy’s initial estimate at the never-enacted higher rate is that “the total amount of contributions received during this time would have been approximately $4.65 million. A 2002 rate increase would have applied only to new developments permitted after the rate increase went into effect. With an increased rate, we further estimate contributions coming from developments currently under construction would be approximately $4.7 million.”

The difference between what was gathered from seven projects since July 2002 and what would have been gathered at the higher rate is about $1.2 million, while Murphy’s document looks at three under way projects yet to make incentive payments and contrasts their combined $4.7 million in payments under an increased rate with the $2 million now expected, a difference of $2.7 million. The two differences result in money lost from inaction at about $3.9 million.

In 2003, when Cambridge was contemplating its rise from $3.28 per square foot in linkage fees, Boston had already been charging $7.82 for two years, according to Darcy Jameson, then director of housing for community development. With the lack of action that year, the difference is bigger: While Cambridge’s linkage fees are $4.58, Carlone said Boston is charging around $12.

Still, “Maher said that he is concerned that Cambridge may be making the barriers to commercial development so high that developers will choose other locations,” according to the meeting minutes.

Marjorie Decker, then a city councillor, wanted city staff to investigate whether linkage fees affected whether a company came to or built in Cambridge – a concern already addressed in the study, which cost $66,000 in today’s dollars. Authors Barry Bluestone and Jerold Kayden said:

According to interviews with local developers, the cost of the incentive zoning contribution plays only a small role in development decisions. Some reported that existing contributions are neither prohibitive nor an impediment to development.

The end results are also less dramatic. Estimating construction costs at about $300,000, Carlone – an urban planner and architect who claims credit for putting up 450 affordable units – said $4.3 million in linkage over 26 years might have built just 14 affordable units in Cambridge.

His goals in May were proportionately modest. “We have the capacity to not wait nine months, 10 months, a year [for a new nexus study] and hopefully gather some additional housing – maybe one more, two more units,” he said.

Maher guessed the effect of linkage was even less by putting the costs at about a half-million dollars each, but that suggests the city would still have had at least eight more affordable units (13, by Carlone’s count) had the fees been increased at the time of the last nexus study.

There are more than 11,000 households on waiting lists for affordable housing in Cambridge, housing officials say.

Carlone issued this statement through his legislative aide, Mike Connolly:

We looked at the July 8 memo and concluded a $3.85 million shortfall for the Affordable Housing Trust since the time of the 2002 nexus study. Granted, $3.85 million will only go so far in the City of Cambridge, but the failure to update the linkage fee is just the tip of the iceberg –the bigger issue is the fact that our linkage program is relatively weak. The City of Boston, for example, has a much higher fee, and the scope of their program is also broader. Somerville has a higher fee as well. We all know that strong commercial sector growth brings upward pressure on local housing — that’s common sense. I hope we take a much closer look at the incentive zoning ordinance in the very near future.

An email was sent Saturday evening to Maher, but he did not reply.

In May, Maher resisted enacting the 2002 study’s linkage rates because another study had been already been ordered. “I don’t think you make this change and then six or nine months later make another change. It just doesn’t, to me, make sense,” he said, giving a wildly optimistic estimate of how quickly a new linkage amount would be suggested and enacted.

He had other objections as well:

The reason this has only generated the $4 million over all those years is that linkage does not cover only but a tiny fraction of the development that is happening in the city of Cambridge. And it is something we need to look at. I am in full support of expanding the scope of what is covered by linkage as well as the amount of money that is collected by linkage, but this is a teeny, teeny Band-Aid on a much larger problem that this council needs to look at. And I would suggest that we refer it to a committee so we can have a full discussion about what the strengths of the linkage program are and where the failures of our linkage program are.

“Overall I would give it a D, because it has not worked well,” Maher said of linkage, adding that he didn’t think the council then or now or residents understood the linkage law. “If we’re really going to do this and really think we’re going to generate affordable housing, we’re really going to have to have a good dialogue.”

When he was co-chairing the committee handling linkage in 2003, he had a similar complaint: limitations on what projects were subject to the ordinance. He wanted a smaller fee applied to a larger percentage of development, according to meeting minutes, as well as to see universities covered by linkage, and not just for their commercial properties.

Jameson explained the rationale for that, as well as answering Maher’s concerns about raising fees at a time there was a glut of apartments on the market, but the committee still chose to hang onto the proposal for answers.

In May, Maher remembered yet another concern about linkage from more than a decade earlier.

“You know, there’s a reason why the council did not accept this at the time this occurred. If you went back and you looked, it was right around the time CPA was brought into the city, and I think many people on the council thought this was too much, too soon,” he said, referring to the Community Preservation Act.

The concern wasn’t reflected in the dialogue of the committee meeting he led with Murphy, according to the meeting’s minutes.

The act, adopted by voters in 2002, allows a 3 percent surcharge on property tax bills to pay for affordable housing, open space and historic preservation projects. Cambridge puts the most allowed by law – 80 percent of CPA funds from city taxpayers and the state, or $8.2 million in the 2014 fiscal year – into affordable housing purchases and construction.