Cambridge lost wine bar before it opened, and entrepreneurs should be asking why 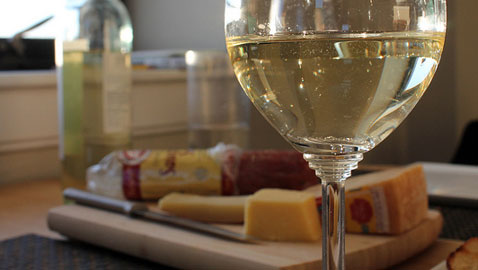 Cambridge lost wine bar before it opened, and entrepreneurs should be asking why

A nice wine bar with charcuterie is one of the hallmarks of hipster civilization, and such establishments seem to fit in well in Kendall Square (the location of Belly), Davis Square (Spoke) and Strawberry Hill (where the Paint Corner Art Bar lets you sip, nosh and get an art lesson all at once).

But a proposed Mid-Cambridge wine bar called UpperWest was turned away in March by opposition from license commissioners and a couple of others so extreme it bordered on the bizarre. Anyone thinking of opening a Cambridge business that might need the right granted to serve beer, wine or alcohol – UpperWest wanted the ability to also make cocktails and pour hard liquor so as not to “limit” the customer base – should be alarmed by the arbitrary nature of the proceedings.

It was among the weirdest spectacles I’ve ever seen at a public hearing, and for some reason the principals of the rejected wine bar, Kimberly Courtney and Xavier Dietrich, have been appearing at every License Commission hearing since.

They might be just observing how things are done at the commission in anticipation of refiling their petition. Or maybe they’re just still dazed from what happened. In confirming my notes and rereading the transcript from their two commission hearings in March, I certainly am. (See for yourself here for the March 18 meeting and here for March 27.)

While there was an overwhelming number of odd things said and done, the main cause for concern was that license commissioners actually seemed to be responding to a local business owner’s plea not to have competition.

Stephen Kapsalis, owner of the 991 Massachusetts Ave. Garden at the Cellar bar and restaurant and Cellar Wine & Spirits store, said UpperWest coming in to a long vacant below-ground space in a building at 1001 Massachusetts Ave., near Harvard Square, would be “directly hurting me [and] 20 employees that depend on making a living there. And every little business that comes in, especially to create a new license where there’s no need” hurts.

How do we know the commissioners buy this argument? Because at the first hearing in March, echoed by chairwoman Andrea Spears Jackson, commissioner Gerald Reardon, the city’s fire chief, told Courtney and Dietrich:

I can’t see myself voting for an all alcohol license at this location. You’ve got a lot of people around you that have paid a lot of money for these licenses, and it devaluates their license.

And we know that it hurts businesses because of how badly the restaurants and bars in Harvard Square are doing. There are 48 liquor licenses crammed into a few square blocks, according to an April study by The Harvard Crimson, and nearly all are in danger of shutting down because they’re cannibalizing each other’s business. Similar dire circumstances can be seen in Central Square, not to mention Kendall Square, where after years of commanding all the business on their own, a few scattered restaurants have suffered an influx of competition – and utter financial ruin.

Wait! That’s not how it works at all. As was pointed out at the hearing, dining districts with plenty of options tend to generate more business for everyone.

If you think about competition, Harvard Square has over 100 eateries, and you could sort of stand in the middle of Winthrop Street and within 30 seconds, I think I counted the other day, within 30 seconds you could be at 25 different eateries. And 70 percent to 80 percent of those are licensed. So that part doesn’t scare us. And, in fact, most of the restaurants welcome it because it becomes a destination [where] there’s lots of choices.

Your totally different business is my competition

Even more dismaying about the commission’s show of support is that Kapsalis doesn’t even seem to know why he opposes UpperWest, since he says it’s a bar and not a restaurant, while he has a great restaurant that is not a bar. “I don’t want a bar in my neighborhood,” he said, further arguing that “we are saturated with alcohol licenses in that area.”

He says his own Cellar is “not a bar per se” and is, in fact, “one of the most underrated restaurants of Cambridge and Boston” with a chef who is “absolutely wonderful and he is renowned … he creates beautiful things” and has a wholly “wonderful” staff with a “full kitchen” with enough reputation to pull in Ferran Adrià.

Do you know who he is? He’s the most famous chef in the world … He has been on the Travel Channel … He came to our place to have dinner after he did a talk in Harvard … His restaurant in Spain is touted to be one of the best restaurants in the world. Those are the type of people we have that come in here.

Yet he opposes Courtney and Dietrich opening UpperWest nearby because “it is not a restaurant. It is a bar. … This is not food. They are bringing in things from outside. Charcuterie? You know what that is? Salami and baloney. That’s what that is. There’s no kitchen.” At The Cellar, meanwhile, “we’re not slicing salami. We are cooking.”

Kapsalis’ arguments about the lack of kitchen at UpperWest struck a chord with Jackson, who questioned the owners’ choice of oven as “a glorified toaster” and called UpperWest “a bar with some appetizers.”

This is scrutiny never given a year earlier to Paint Corner Art Bar, which is the same size as UpperWest (room for 20 patrons) and has no ovens at all, not even a “glorified toaster,” for a significantly smaller menu than what was proposed in Mid-Cambridge.

Commissioners were also skeptical at the proponents’ reports of how expensive it was to buy an existing full alcohol license, yet didn’t blink last month when respected local attorney Kevin Crane also referred to the cost of existing Cambridge licenses (in the hundreds of thousands of dollars) as “cost-prohibitive” and argued that as a mom and pop establishment “we just can’t afford them.” And that’s for a 160-seat restaurant.

The extent of opposition to this application became more clear, not to mention more extraordinary and bizarre, when Courtney and Dietrich returned in late March to try again for a license for just beer and wine and commissioners questioned the need for another beer and wine license in a building with none after having granted an alcohol license three months earlier at Cancun Taqueria, which is a tenth of a mile away at 1105 Massachusetts Ave. in a building that already had three (for Zoe’s, Cafe Sushi and Dolphin Seafood). Fortunately, Reardon had a response for that when Courtney asked about the difference in approach:

Reardon: Yours seems to be a much smaller operation. [Reardon’s observation is irrelevant.]
Courtney: Smaller than Cancun?
Reardon: Uh-huh.
Courtney: Not substantially smaller, I would say. Is that a negative?
Reardon: Well, for the public need, there has to be overwhelming, overwhelming public support. [This is a non sequitur. The size of an establishment has nothing to do with whether the public supports it.]
Courtney: I think we provided evidence the public need is overwhelming.
Reardon: I just don’t think the food menu needs and supports an all-alcohol license at this time. [This is not an answer.]
Dietrich: You don’t think 532 signatures and [33] letters of support is overwhelming?
Reardon: Well, you also had a great deal of opposition.
Courtney: From one individual who has an alcohol license.

The case against UpperWest

And there is even more weirdness from the UpperWest hearings, just some of which is listed briefly below:

Attorney Lisa Siegel Belanger appeared, claiming to have been retained by “a few abutters, residential and businesses” against UpperWest getting a license to serve alcohol, but refusing to say who the clients were.

Among her mystery clients’ “substantial” causes for alarm, Belanger said, was that the name of the company wanting the license (“Coffeeshop”) was different than the purpose (wine bar). Kapsalis cited other “deceptive practices” in saying Courtney and Dietrich “say they live in Cambridge. But their application says they live in Allston.” Not only does the application give a Ware Street address for Courtney and Dietrich, but you don’t need to be a resident to own a business in Cambridge.

A “biggest concern” of Belanger’s was a broken chairlift for people in wheelchairs. It should be fixed, but that’s not the responsibility of  people renting space in a building for a restaurant.

Belanger and license commissioners shared a concern that the UpperWest website advertised aspirational but impossible dates for events at the bar. Punishing promises made on a website for a non-existent wine bar for dates that can’t be fulfilled at a specific address seems an unrewarding direction for commissioners to go.

After making it clear the commission wouldn’t grant a full alcohol license, member Police Commissioner Robert C. Haas heard UpperWest’s owners ask to downgrade to a beer- and wine-only license and had this response: “Coming in at the eleventh hour to change your permit to downgrade it to a beer and wine license gives me more cause for concern.” Some people literally can’t win.