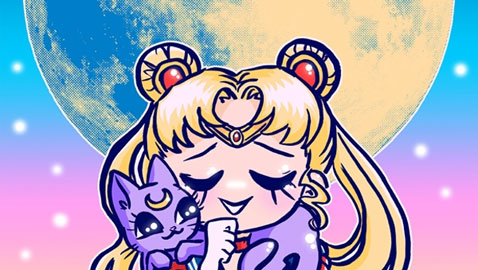 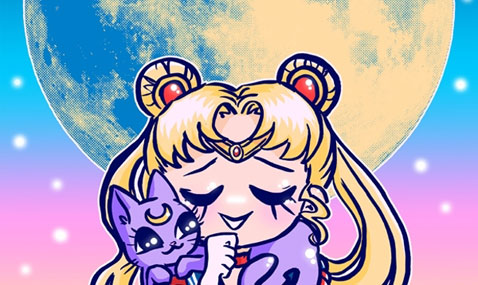 “Sailor Moon” geeks have two reasons to celebrate this week.

Timed perfectly to celebrate the news that the “Sailor Moon Crystal” anime serial starts a whole new story arc starting in January,  the biggest pretty-guardian fans in Greater Boston are bringing their Sailor Moon Shoujo Spectacular back to Harvard Square on Wednesday. (The first was in December.)

The variety show by curators Amy Macabre and Jade Sylvan brings together music (including by Niki Luparelli), burlesque, circus (with Fonda Feeling doing double duty in the burlesque and circus area) and art (live drawing by Zombie Romance) in celebration of the classic ’90s anime, as well as a talk from Harvard Japanese girl-culture scholar Andrew Campana and costume contest with prizes sponsored by geek clothing company Kobra Kawaii.

“I’m still trying to figure out how to explain to everyone why this show is so important to me,” Sylvan said Tuesday on Facebook, following up a Monday appearance on WEMF-FM.

‘Sailor Moon’ is one of the only things I’ve ever really been a fan of. It was my safe place when I was a teenager. It showed me that females could be powerful, and support one another, and that females could look and act a myriad of different ways. The Sailor Scouts were nerdy or sissy or spiritual or athletic or shallow or deep or artistic or scientific. They were high-femme or dowdy or androgynous or butch or even straight-up gender-fluid. They were boy-crazy or gay or het-mon or bi-curious or asexual. They were the MAIN FUCKING CHARACTERS. And they were a team. And they loved each other, and they supported each other, and they SAVED THE GODDAMN WORLD WITH LOVE. Sailor Moon showed me that I could be any way I wanted to be, and it was okay. I could still have dear important friends. I could still have love. And we could all save the world together.

Tickets are going fast, she said.