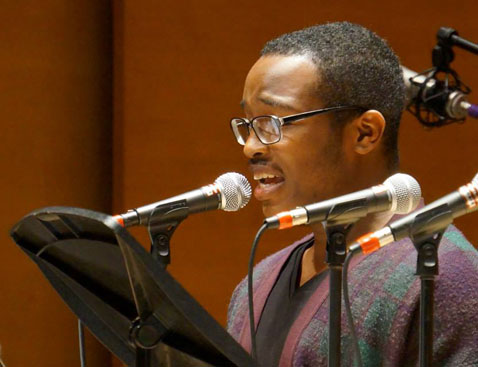 Can the story of the black Harvard professor that stirred national controversy in 2009 after police believed he was breaking into his Cambridge home be set to music?

Arlington writer Lee Phenner, with the help of many friends, is doing it – and much more.

“A Pint of Understanding” reshapes in song the story of Henry Louis “Skip” Gates Jr., the Harvard professor who was arrested after a neighbor saw an unknown man trying to get into the home.

The tale burns with irony, as the arresting officer, who was known for his sensitivity toward African-Americans, ends up having a drink with the professor and President Barack Obama.

“It’s a work of fiction … I have tried to finish what could have been,” Phenner said in an interview at her home near the Mystic Lakes, explaining the five-year challenge to bring fresh perspectives to a story of race and perception.

For Phenner, the next key step is an online effort to raise $25,000 so a fuller production may be staged in February to attract a partner. Her Indiegogo crowdfunding campaign went live Wednesday and ends Jan. 17.

In the wan light of her living room, Phenner looked back over the years since 2009. With her was Joe Wrinn, among those on the project’s core team. Her reflections peered below the surface and provided glimpses of a collaboration at work.

Beyond the music, she said, the story moves well beyond the pivotal events of what occurred in 2009 “to explore how things might have ended if the president had appointed the professor and the police officer to work together and recommend a plan for positive change. And what might have happened if an unexpected relationship or two were to develop as a result.

Dramatic possibilities of the Gates story 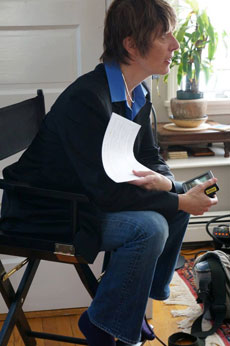 Phenner’s attraction to the story was immediate as news accounts unfolded in July 2009.

“I was transfixed,” she said, adding that the genesis of the drama occurred on Facebook.

Early on, he suggested the story be told as an opera; later, that morphed into a musical. She said she thought the public would find that more accessible.

“A compulsion became an obsession,” said Phenner, who was once a newspaper reporter in her native Western Massachusetts and later got a master of fine arts degree in creative writing from Emerson College.

Behind the Gates story, she noted its dramatic possibilities as well as its underlying levels of irony. She explained it as threefold: It concerns the fact that, of all African-American men, Gates has dedicated his life to improving race relations and cultural understanding; of all white people, Sgt. James Crowley had a sterling record and taught police cadets about cultural competency and how to avoid racial profiling; and of all places, it happened in Cambridge, a progressive university city.

“I’ve always been concerned about social justice,” she said, but in creating this work, she “experienced a shift.”

For her, the shift was to take action. That meant writing something to express how she felt and to explore the topic as creatively and incisively as she could.

What if the people involved, the media, and we as a country could have seized this ‘teachable moment,’ considered each other’s points of view within historical and individual contexts, and explored meaningful ways to bridge our differences? … Could we dive into the depths, expose the absurdities and create something that was downright riveting? 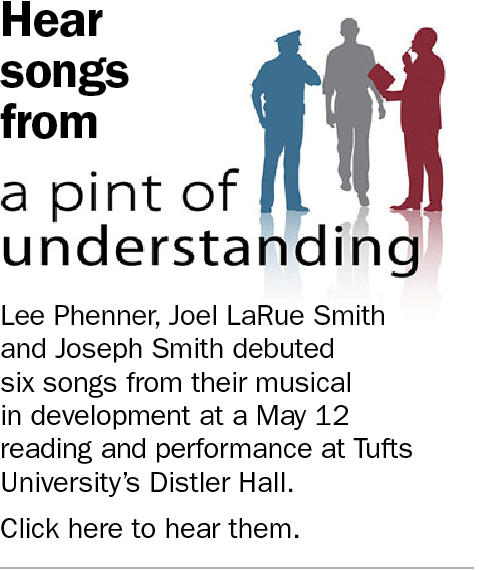 After researching the play through 2010, Phenner, whose day jobs are in branding and marketing, made slow but steady progress to summer 2013. After that, readings took place at Emerson last November and last May at Tufts.

Each step has moved “Pint” toward a production that continues to discover itself.

The discovery has occurred, she said, “through a gifted team of accomplished artists to work together and effectively live and breathe the show’s message – that it’s not only possible but productive and enriching to bring a diverse group of people together to create something that none of us could have on our own.

“That’s working – the ‘Pint Collaborative,’ as we call ourselves – and it’s very exciting to be part of that.”

Those involved have remained open to change: In 2013, composer Terrio left the project, amicably. Another key individual, music director and accompanist Scott Nicholas had been a pivotal part of the team since 2010-11. With Nicholas as an anchor, the real work got under way when Benny Sato Ambush, the show’s director, came aboard.

From there came the current composers, both named Smith – Joel Larue and Joseph, who was involved in a number of film scores, including the one for “Bull Durham.”

They bring to “Pint” varying musical perspectives, but on the whole, it’s a jazz sensibility. She said that means blues blended with rhumba as the score seeks to be “catchy, accessible, no bebop … with a level of freshness.”

The music is one matter; the words another. How has Phenner’s retelling altered the news?

In “Pint,” the professor has a daughter who is a performance artist and cultural critic – a cross,” she said, “between Anna Deavere Smith and Erykah Badu.”

A speedy creator of videos, the daughter fashions one called “Contempt of Cop,” which goes viral. The professor is less than pleased.

“She is like a Greek chorus,” Phenner said of the daughter, “but became central to the story.”

As for the overall story, she said, “it’s so important to me to give the characters dimension – including the police officer, who in our story is named Sgt. Tim O’Connor. I hope that audiences will find he’s a sympathetic guy, someone who, like all of us, has strengths and flaws; someone who might feel very familiar and who, importantly, has the capacity to change. All the main characters show that capacity.”

Roots of a writer

Phenner, 51, said part of her is a journalist, but she’s always been a creative writer, including penning lyrics when young.

In the 1990s, she studied at Emerson under Gail Mazur and the late Bill Knott. Her thesis was a poetry chapbook called “The Private Sector.”

Long in love with film and theater, she also studied screenwriting and credits Emerson teacher Chris Keane, who has a Hollywood resume (”The Hunter” with Steve McQueen).

As she looks ahead to February, when she hopes to reach her fundraising target and attract a producer, she pauses to thank the members of Arlington’s Martin Luther King Jr. Committee, of which she is a member, for its support in creating this drama.

At to the real Gates, Wrinn said, “We reached out to him,” but “he hasn’t wanted to revisit” those events. Phenner said Gates was gracious in his response.

Formerly at Harvard University’s Office of News and Public Affairs, Wrinn is helping with the public face of the show.