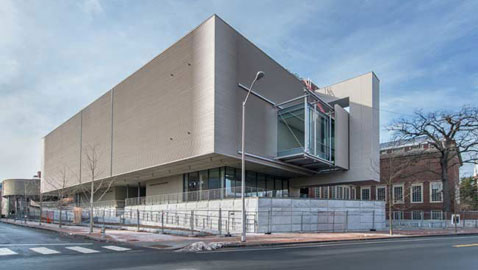 There was plenty of cool stuff in Cambridge last year, everything from the big – such as the Central Square Cultural District bringing in a February “Snochi” Winter Festival with bands, snowmaking and a free pop-up outdoor snowboard park or happy resolution to the Market Basket leadership struggle, which reopened the store to food stamp recipients who need it – to the small, such as the first signs of business embrace of late-night T service or councillor Leland Cheung’s clever, high-tech message in binary during his run for lieutenant governor. Here are some other good developments:

It was an encouraging year for the finer things in life. The reopening of the Harvard Art Museums in November is a big, obvious example of Cambridge’s relationship with art and culture. (Remember: The three refreshed museums are free on any day for Cantabrigians with proof of residency.) Just as exciting on the public end of the art spectrum is the relocation of the Out of the Blue Art Gallery last summer to 541 Massachusetts Ave. in Central Square, a far larger and more prominent space than its previous, cozy home on Prospect Street. Sales are going well so far and the gallery seem intent on adding life to the area for as long as it has there before its building is renovated. Last year also saw the birth of the Art City group, a citizen-run organization aiming to turn the entire month of August into a chance for people to stumble across arts of all sorts citywide. It ran a half-dozen events across various squares and disciplines, everything from dance to comedy, and should return this year revived, with more experience and contacts in place for an better ongoing festival. 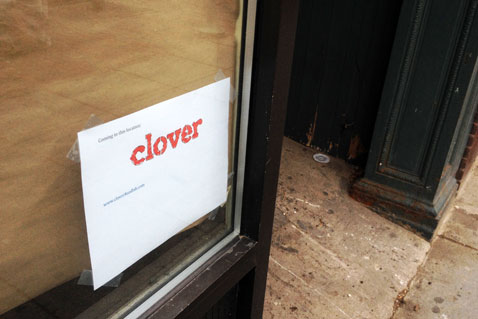 A 24-hour Clover Food Lab restaurant for Central Square won approval in July from the License Commission, giving the city its only all-day dedicated eatery since The Tasty Sandwich Shop closed in 1997. “When I was a student, I always wished there was a place to go late at night,” said Clover founder and chief executive Ayr Muir, who was familiar with Central Square from his years at the Massachusetts Institute of Technology and Harvard University. “A lot of the MIT population is awake all night long.” Despite some commission concerns about late-night rowdies, is also about time for Cambridge to get another 24-hour eateries. The city is filled with students, entrepreneurs, late-night employees and energetic young people who have work to fuel, ideas to talk over, strength to replenish and stories to exchange at all hours of the day. This should be not just only the first new 24-hour offering here, but the first of many. 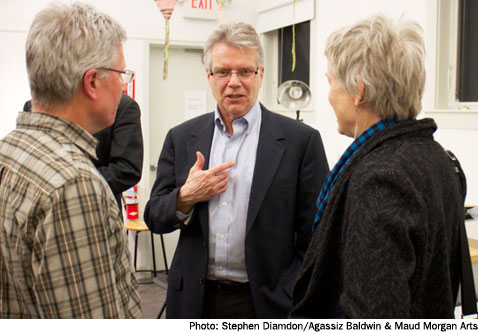 Yes, there’s cause to worry that a citywide development master plan process has plenty of chances to go astray, and there were difficulties getting to this point, all counting among the worst of the past year. But let’s give a shout-out to the fact that’s it’s happening at all and how it came about: citizen demand that found its voice in a policy order from city councillor Dennis Carlone and co-Clean Slater Nadeem Mazen, both first-termers, as well as longtime councillor E. Denise Simmons. Citizens found development in the city to be coming along in halting, uneven fashion – and they found their voice in complaining that the set of documents the city claimed to be a master plan needed a comprehensive, cohesive reworking. Further, citizens had complaints about the Planning Board and again Carlone acted, bidding for the council to get special-permit review powers on a few big projects while the master plan process works. The order failed 5-3 in September, but led to a review of how the board operates. It’s almost as though government is working, knock on wood.

Development issues weren’t the only way the city and its elected officials showed their power and fulfilled their promises. After coming to city ownership in January 2012 in a rezoning deal, East Cambridge’s empty Foundry building is finally on its way to becoming a 53,800-square-foot multi-purpose community center filled with all things science, technology, engineering, arts and mathematics, ideally giving Cambridge residents better chances at high-paying innovation-industry jobs. (Next up: The Cambridge Redevelopment Authority board approves taking on the 101 Rogers St. building as a “demonstration project,” then submitting the plan to the City Council.) That wasn’t the only Steam-related win for the city and council: A citywide, Cambridge-only job fair with the same purpose took place in October, the culmination of a 2013 campaign pledge by vice mayor Dennis Benzan. (He also proposed free public World Cup watch parties last summer in a policy order with another first-termer, councillor Marc McGovern, giving Cambridge a chance to show a bit of nimbleness and fun.)

Cambridge Health Alliance, the state’s second-largest provider of care to poor and uninsured patients, has lost money on health care operations since at least 2008 and was into the red $17.7 million in the 2013-14 fiscal year that ended June 30 – actually good news, since it was expected to lose more than $28 million before unexpected one-time revenues cut its losses. This year’s budget projects a loss of $19.8 million, but there’s more reason for optimism: The health care system, which operates Cambridge Hospital, Somerville Hospital and Whidden Memorial Hospital in Everett as well as 15 primary care offices in Cambridge, Somerville, Revere and Malden, is doing much better than expected for the most recently reported quarter. After projections of a $10.1 million loss, it ended the quarter with a loss of a little over $2 million. And the $2.1 million spent on new “interventional radiology” equipment is already showing promise, keeping patients within the Alliance and getting a good start on showing its value in dollars. The new equipment could generate $868,000 in additional revenue in the first year and $1.4 million by the fifth. While the better bottom line comes at the cost of staff and services, many more employees and patients rely on the Alliance to survive.