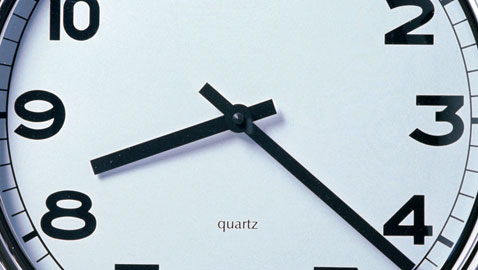 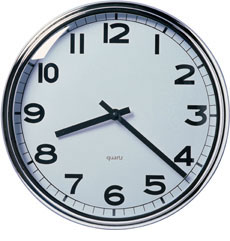 City councillor Marc McGovern has said more than once that the current council can’t be blamed for the actions of past councils.

McGovern is correct: First-termers such as him are blameless when it comes to policies voted in the past, and can’t always be expected to vote on policies proposed, examined and debated before they took office. And there are four first-termers on this nine-member council, more turnover than in previous recent elections.

Terms last only two years, though, and what at first looks like a solid 24 months starts to look less substantial when you subtract two months of summer breaks each year, remember that for a couple of terms it took about two months to elect a mayor and that various meetings get subtracted for roundtables, holidays and special events, such as the National League of Cities Conference that will take the council’s March 9 meeting off its schedule. You can think of a 24-month term as including 52 Mondays, but last year there were 28 regular council meetings.

Now comes a winter that has eroded more meeting time with wave after wave of blizzards that shut down public transportation and made roads too dangerous for travel. Winter cancellations have already forced the refiling of a zoning proposal, and a hearing meant for late January has been bumped by at least a month. Climate change could make this the new normal.

Just as uncontrollable as the weather and even more unexpected was the death of Brian Murphy, assistant city manager for community development, in early February. The city has a deep, talented bench, but the loss of such a key, widely involved official could slow research, the writing of zoning and other work councillors need to see to make informed decisions.

A combination of intended cancellations and surprise snowstorms has compelled the council to schedule a “special regular” meeting for 9 a.m. Friday, when the typical meeting is held at 5:30 p.m. Mondays (as one will be this coming Monday, unless a weekend storm becomes unexpectedly big and treacherous). The unusual Friday meeting has an agenda with 45 council orders, 10 items from the city manager and six committee reports, not to mention 25 resolutions (which are discussed occasionally), and a few of these items have the potential for lengthy public comment. Its scheduling was vital to keep Monday’s meeting from repeating what happened last time: It lasted more than six hours, albeit with more than two hours of public comment, and didn’t get through the full agenda.

It may be unfair to blame this council for delaying a vote on a plastic bag ordinance that has been floating around for eight years, but we also know that we have some very long-serving councillors and at least as many persistent issues. Mayor David Maher* had a hand in putting off work on “linkage” fees that build affordable housing almost exactly a dozen years ago, and he hasn’t been off the council since. The loss of Cambridge’s middle class to rising housing prices has been cited as a crisis probably every year since rent control ended in 1994, and the issue of community benefits has been highlighted and forgotten repeatedly. Craig Kelley called four years ago for a process for appointing a city manager, but the council failed last time and may well be caught flat-footed if Richard C. Rossi declines a second contract.

There are 37 items on the city manager’s “awaiting report” list, dating back to April. In past years, this list has been wiped out entirely from one council to the next, and not because everything gets worked on – plenty of things just get thrown out and disappear. The list was wiped clear also when former city manager Robert W. Healy retired so Rossi could take over with a clean slate, as though he came in with an all-new staff and without having already served in the city for more than four decades.

If there continues to be significant turnover from term to term, if the clearing of orders from term to term goes on and especially if the weather stays so fiercely unreliable, the McGovern principle of a stand-alone two-year bloc has to be taken seriously by the councillors.

It means having a mayor and council committed to prioritizing work and seeing legislation pass before time runs out, and a body that sets goals and directs the city manager to respond in a timely way. In short, it means better time management.

It means having councillors who avoid asking the city manager for information they could research within their own office with the help of legislative aides – each has one, save for Kelley, and they should be as capable as any worker in the City Manager’s Office of researching certain topics.

On Friday’s agenda, first-termer Nadeem Mazen is calling for the city’s 40-plus boards and commissions to clarify their yearly goals and initiatives, but he exempts the council. That doesn’t come off well; it clashes with the McGovern principle and, on its surface, seems not very self-aware.

Pass an amendment in which the council must state its two-year goals and initiatives and, no matter what, this council will have accomplished something when it ends in December.