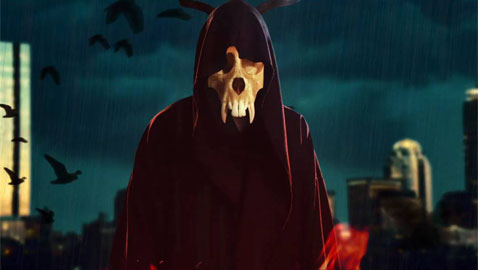 Late nights and absurdist films await at the Brattle Theatre for the 17th annual Boston Underground Film Festival, which began Wednesday and runs through Sunday. Running the gamut from body horror to psychedelic animation, the festival is certainly unique. When the highest honor is a demonic rabbit statuette, you know you’re in for a treat.

The eight-film shorts program called “Homegrown Horror” (5:45 p.m. Friday) includes pictures from Raynham, Mass., to Portland, Maine, but if you’re coming for the drawn-out scare, there are plenty of films that will fill that requirement too. From Matt O’Mahoney’s “Bloody Knuckles” (9:45 p.m. Friday) in which a comic book artist is aided by a severed hand, to Ted Geoghegan’s “We Are Still Here” (6:45 p.m. Saturday, $11) a classically styled horror about one family being in the wrong place at the wrong time, BUFF is all about what scares you.

Which is why I’d also like to suggest the “Totally Saturday Morning Cartoons” feature (11:30 a.m. Saturday), better suited for the faint of heart (like myself). It’s a throwback for the nostalgically inclined, with cartoons from the late ’80s and early ’90s.

The film capping off the festival, “Goodnight Mommy” (8:30 p.m. Sunday) seems one part body horror and one part psychological thriller – and not holding anything back.

And that’s just touching the surface. Becoming something of  a staple for the area, the festival has collected quite a number of impressive, stomach-churning films for its 2015 slate.

Tickets and information is here.