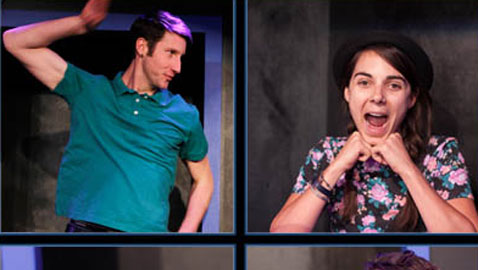 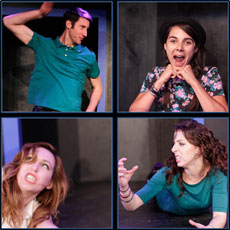 ImprovBoston’s “All Access Comedy” show brings together a cast of 16 from other shows at the club. (Image: ImprovBoston)

The ImprovBoston comedy club is adding a family show to its Saturday lineup next month by moving its long-running musical comedy “Family Show” two hours earlier, to 4 p.m., and filling its 6 p.m. slot with the new “All Access Improv.”

The new show is billed as family-friendly but not aimed specifically at kids – “appropriate for anyone with a sense of humor” is how club associate producer Mac Gostow puts it.

The 65-minute show is all improvised scenes, songs and games “designed to make our professional comedians sweat hard and our audiences laugh harder,” Gostow said in a press release, and has a 16-person “all-star” cast (including Gostow) and four-person directing staff made up of improvisers from three other ImprovBoston staples: “The Family Show,” “Face Off” and the club’s touring company.

The Family Show has similarities – it’s all improv comedy and music – but gives children a chance to be on stage and is often pitched for family outings, birthday parties and school field trips. It is aimed at children ages 4-12.

“With the new lineup, ImprovBoston deepens its decades-long commitment to smart, engaging entertainment for the whole family,” Gostow said in the press release.