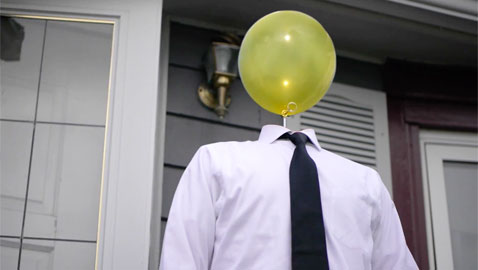 The 13th annual Boston Cinema Census, an annual screening of works by local emerging filmmakers, has announced its lineup for Thursday:

“Two-Stroked: A Love Story,” by Jacquelyn Carriere, about the “wonderful/horrible” world of mopeds.

“Bat Moon’s Tenderly,” by Melike Koçak, an animated film described by Golden Sweet as showcasing “personal narratives from the artist’s experiences and adventures in the form of several praxinoscopes, a 19th-century predecessor to modern animation.”

“Someone Else’s Project,” by Shirin Mozaffari, which explores censorship and authorship via renegade filming in Iran.

“My Soul to Keep,” by Robert Giordani, in which grieving couple attends a psychic event hoping to contact their deceased daughter.

“Pig,” by Steven Subotnick, a film crafted by an animator, according to Zippy Frames, “with associative explorations of themes found in history, folklore and his own unconscious.”

“Rattle,” by Rene Dongo, a filmmaker known to explore social issues from a youthful perspective.

“Winter Spring,” by Bryan Sih, in which an immigrant couple tries to get through winter on a farm facing a pregnancy and the need to eliminate an unseen animal that has been attacking the sheep.

“Airhead,” by Jason Fenton, in which a balloon man (above) struggles through the ennui of an average day only to discover something unexpected and wonderful in the end.

“Washed,” by Daphna Mero, a film with dance in which a female laundry worker desperately attempts to abort the fruit of a violent encounter and when the consequences of her action are reveled, the memories she has repressed re-emerge.

“Toñita’s,” by Beyza Boyacioglu & Sebastian Diaz, which looks at the history of a once predominantly Caribbean neighborhood in Brooklyn through the microcosm of the local Caribbean Sports Club.

The program will run about two hours, as the length of films submitted is capped at 35 minutes. Organizers say that “in the true spirit of a census, the films presented at the BCC span the interests of narrative, documentary and experimental film [and] serves as a vehicle for regional filmmakers to demonstrate their place in the local filmmaking community and an opportunity for audiences to experience current trends in local filmmaking.” The filmmakers include students, professionals, struggling artists and enthusiasts.

Films shown at past events have gone on to have “very strong festival runs,” including at the New York Film Festival, South by Southwest and the Tribeca Film Festival, organizers said.

The event, presented by Central Productions, takes place at 7 p.m. Thursday, April 2 at the Somerville Theatre, 55 Davis Square. Tickets are $10. Purchase is recommended in advance; the past two Boston Cinema Census events sold out.