From western adventure to online dread, five films to see now at the IFFB 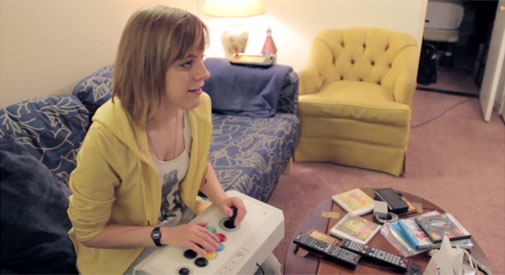 From western adventure to online dread, five films to see now at the IFFB

Oscar winners, comedy legends and truth-tellers are all back at the Independent Film Festival Boston, screening through Wednesday at three theaters.
By Tom Meek

The Independent Film Festival Boston – the closest thing this city has had to a world-class film fest – is back, this year splitting its faithful 20,000 attendees between Harvard Square’s Brattle Theatre and Davis Square’s Somerville Theatre (with a bit of Brookline’s Coolidge Corner thrown in) with a compelling mix of documentaries, shorts and independent and foreign language features. Here are five to look out for through the end of the festival Wednesday, screening long before they get their commercial first run:

“GTFO”: Shannon Sun-Higginson’s documentary examines the misogynistic dark underbelly of online gaming, where women such as game developer Brianna Wu have became the object of harassment simply because she’s a woman in a world some men want to keep for their own. Her terrifying ordeal, which included death threats, made national news, while women players outed from their anonymous screen names are derided for being female, “can’t drive,” can’t shoot” and – as the film’s title says, are urged to “Get The Fuck Out.” The film is a win for the women in the cross hairs of such unearned hate, and an ignominious stain for the abusive cowards hiding behind their joysticks. (At 3 p.m. Saturday in Somerville.)

“Slow West”: Michael Fassbender may be the most intriguing actor working in film today – if not for the gravitas in his performances, then at least for the variety and scope of his projects. Here he re-teams with musician-turned-filmmaker John Maclean (they collaborated on two shorts prior) for Maclean’s feature debut, a western about an enigmatic bounty hunter (Fassbender) and and a teenage boy (Kodi Smit-McPhee) paired up and on the trail of the same woman (Caren Pistorius) for very different reasons. Think of the Coens’ “True Grit” meets John Hillcoat’s “The Proposition,” which was written by rocker Nick Cave and played the IFFB back in 2005. (At 7:30 p.m. Saturday in Somerville.)

“61 Bullets”: David Modigliani and Louisiana Kreutz’s documentary looks at the “Kingfish” Huey Long and his assassin, Dr. Carl Weiss, and the hail of bullets that ended both their lives. Motives for Weiss’ actions are looked at some 75 years after that fateful day. (At 9:30 p.m. Friday and 3 p.m. Sunday in Somerville.)

“The Look of Silence”: Joshua Oppenheimer’s companion piece to “The Act of Killing,” which played the IFFB and was nominated for an Academy Award, delves into the kin of those slain by the Indonesian militia (heroes in their homeland, according to Oppenheimer’s earlier film) and their complacency as they continue to interact and serve those responsible for their parents’ deaths. (At 6 p.m. Sunday in Cambridge.)