With carbon tax bill, ‘it’s time that we face the facts’ about cost of fossil fuels 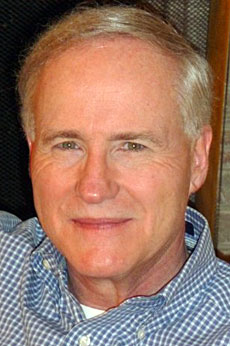 With carbon tax bill, ‘it’s time that we face the facts’ about cost of fossil fuels

From Fred Hewett, of Appleton Street, on May 11: Within the past month, state Sen. Michael Barrett of Lexington filed a bill that would establish carbon pricing in Massachusetts. All of the state representatives for Cambridge have signed on as co-sponsors. This is important legislation, and Cambridge residents should get behind it.

Even as the consensus around climate change builds, there remains the urgent need to change the way we all think about carbon consumption. The true cost of burning fossil fuels is much more than the bottom line on the heating bill or what we pay at the gas pump. The effects of the CO2 we emit today will mean far greater costs tomorrow, when we are faced with the costs of drought, rising sea levels, super storms and extreme temperatures.

The role of carbon pricing is to create a market structure that recognizes how much emissions from fossil fuels really cost. In doing so, businesses and individuals are given incentives to reduce their consumption and favor alternative renewable fuels when possible. When presented with the reality of steadily increasing prices for fossil fuels, rational people will make the choices to minimize their consumption.

Barrett’s carbon pricing bill may not be perfect, and it’s just one component of any climate change program. But it’s time that we face the facts about the true cost of fossil fuels. Carbon pricing is an important first step toward establishing market mechanisms that will steer us toward a carbon-free future.