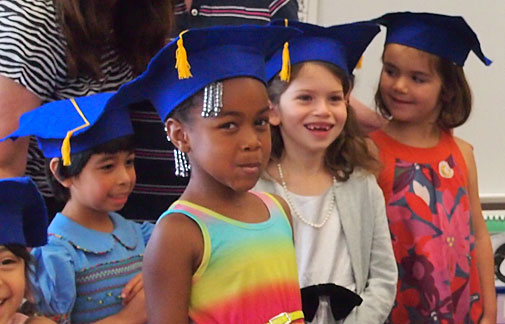 There has been progress in increasing the number of students learning in diverse schools such as The Peabody, a school official says, but the district struggles with socioeconomic balance policies. (Photo: Nesson Marshall)

A short-term rollback of some school choice policy tweaks from two years ago looked likely after a School Committee roundtable Tuesday, but the assessment of how things stand since those revisions also seemed to lay groundwork for a longer-term rethinking of how the city manages school assignments, including a reconsideration of neighborhood schools.

On the whole, Chief Operating Officer James Maloney said, the socioeconomic balance in Cambridge schools was “remarkably stable” and the ratio of higher- to lower-income families “stays the same as our enrollment grows.”

Maloney said there has been progress in increasing the number of students learning in diverse schools. “We fret a lot about some of our schools,” he said, “but we should take pride that we have improved diversity when other communities are going in the opposite way.”

Maloney, who oversees the Family Resource Center that manages the process of assigning schools, provided the overview with Linh O, director of the center.

He stressed the difficulty of managing “controlled choice” for families and for O and her two full-time staff members, who are at the front line of family frustrations, and said the amount of work it takes to manage enrollment across the schools has increased since the 2013 revisions added further complications to the process of achieving SES balance – including severely narrowing the “band” of variation across schools and grades.

The restructuring of schools under the Innovation Agenda also changed the work, because now not only does the center have to manage junior kindergarten and kindergarten enrollment, on top of the 3-year-old lottery for Tobin Montessori, as it did when the district was all K-8 schools and a high school; its staff now has to “actively manage” enrollment in kindergarten through fifth grades to make sure the exiting fifth-grade classes for each feeder school will make up an SES-balanced entering sixth-grade for each upper school, and that the upper schools stay balanced. In addition, there are more than 1,000 withdrawals and numerous transfers each year.

“The FRC is doing full-time enrollment management,” Maloney said, and he would like changes to make things smoother.

Kindergarten remains key to controlled choice. The 2013 revisions notably set a goal for the current school year’s kindergarten lottery that all schools must have an identical socioeconomic status balance for their entering class – that is, the “band” of flexibility around the districtwide SES balance would be eliminated entirely.

Maloney said that step needs to be undone.

Citing increases in kindergarten lottery applications coupled with a class this year that was “at capacity,” Maloney said these alone increase the number of mandatory assignments handed out to families – meaning students being assigned to a school that was not one of a family’s three choices. In addition, there was a jump in the portion of the January applicants who are from paid-lunch families – who account for 93 percent of mandatory assignments in the last five years.

Narrowing the band and lowering the number of kindergarteners who can be assigned in a school makes it even worse. Mandatory assignments have jumped from 12 percent to 21 percent of January applicants in the past four years.

He urged the committee to restore the band to the plus-or-minus 10 percent used before the revisions, allowing schools to vary their own SES balance from the citywide balance. In reality it has been “impossible” to adhere to the zero or even a 5 percent band, he said, reminding the committee that each fall of the past two years they have had to pass a motion to increase the band. Only one grade in one school – of the 82 total – was technically in compliance with a zero percent band, he said. At a perfect balance, even a change in one student can change the calculations. “If you are out of balance in kindergarten, it gets impossible to balance over time,” Maloney said.

The cap for two kindergarten classrooms at a school should also be raised to 52 students from 50 for the purposes of assigning schools, he said, calling the cap a major trigger for increased mandatory assignments. The change to 52 will not jeopardize the district’s goal of keeping the next year’s first-grade classes at 25 students each, he said, because experience shows that there is sufficient attrition between lottery assignment and the course of kindergarten.

Maloney did not mention an explicit part of the 2013 revision linking the narrowing of the band to another recommendation: “Increase Access to Attractive Choices.”

Dropping the band to plus-or-minus 5 percent last year was to be accompanied by “strands” (beginning with new kindergarten classes) being added to schools “west of Harvard Square,” where there are more students than school seats. This year, one extra strand was opened at The Maria L. Baldwin School. Although the band was initially dropped to 5 percent, the committee agreed to adjust it to a less strict 9 percent when they saw a continued rise in mandatory assignments.

The drop to no band was to be done alongside “new initiatives” attracting more applicants – and achieving balance – at schools being under-chosen by either or both SES groups. The superintendent was to work with school communities to “develop a comprehensive plan, which may include programmatic change or other changes” to be proposed by May 2014. But the band was still narrowed to zero percent despite the lack of proposals, and Maloney said it was impossible to do that without an unacceptable increase in mandatory assignments.

“We keep looking at process, not policy,” said Maloney, referring to ongoing reviews of the controlled choice policy. Maloney and committee members discussed some other, broader changes in the city that have a direct impact on the schools, including the changes in economic diversity across the city and within certain neighborhoods. Anecdotally, Maloney said, it seems families at the Resource Center are increasingly new to Cambridge rather than multigenerational Cantabrigians – and the controlled choice lottery process is a shock to them.

“I don’t know if the schools here lead the way or not,” committee member Mervan Osborne said. “I think the city needs to be engaged in these discussions.”

Member Kathleen Kelly agreed, and added that “this [controlled choice] policy has allowed the city to operate without having a housing policy for a very long time.” She and others discussed the significant new housing units coming online in the Alewife and NorthPoint areas, all without broader schools planning. NorthPoint, Maloney pointed out, “puts very few kids” in a part of the city with the most school capacity. Alewife is adding 3,000 units of housing, member Patty Nolan said, “some of which are two- and three-bedroom,” but there are no kindergarten seats available on that side of town.

There was general agreement city staff need to include school planning in their development approaches and work collaboratively with the school department.

“Aside from language immersion programs and Montessori,” Maloney’s presentation concluded, “are schools all that different in their education programs? Can Cambridge achieve balanced schools through neighborhood or regional district assignments within the city?”

“We have not done enough to create new models” of schools, Nolan countered. “Should we start another Montessori? Another immersion school?”

Kelly seemed to agree, saying that for her family “the experience of being in an integrated school was very, very positive. But we are now grappling with how to keep that going. We’ve now standardized a number of the schools,” but the Montessori and Amigos bilingual schools manage to create a draw across neighborhoods.

Asked afterward whether it was possible to have neighborhood schools in Cambridge without building new schools, given the location of current campuses – even leaving aside the issue of SES balance – Maloney agreed “there are obstacles.” It is something that he thinks is a topic the community should explore, though, he said.

This post was updated May 15, 2015, to correct the percentage to which the band was adjusted for this year after the School Committee saw a continued rise in mandatory assignments.