‘The Great Dictator’ reunites with Brattle, shows how satire, and inspiration, are done 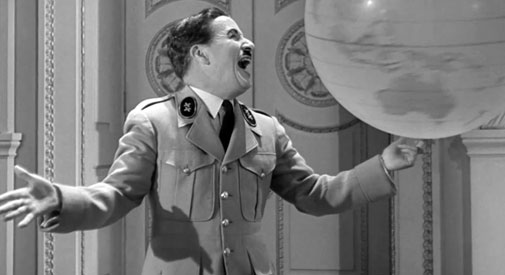 ‘The Great Dictator’ reunites with Brattle, shows how satire, and inspiration, are done

Released in 1940, Charlie Chaplin’s “The Great Dictator” is a film often remembered by its final moments – and for good reason. It ends with a killer sequence in which Chaplin’s character lambastes an inspired crowd and tells them to be good, to have faith in humankind and to do away with marginalization. It’s a rousing call to arms to unite society against terror and propaganda:

The film was Chaplin’s first foray outside of silent films, but as with his prior filmography he dove in with gusto, ever meticulous and taking on two roles: the “Tomainian” dictator who is cartoonish and extravagant, and the soft-spoken and well-liked Jewish barber who is later mistaken for the dictator. The film is a brazen attack on Hitler and his totalitarian system, released before our official entry into World War II and while we were still formally at peace with Nazi Germany. While it earned the highest gross of any of Chaplin’s films, it also caused longstanding problems for the filmmaker. 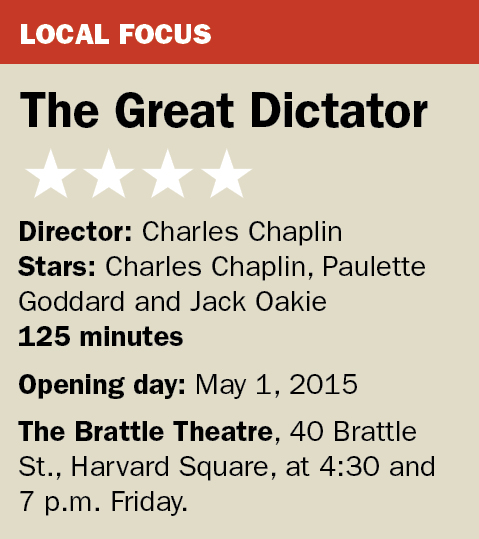 The film is still remarkable, even celebrating its 75th anniversary. It’s satire at its finest, mixing triumphs with the follies of men and the typical slapstick physicality of Chaplin’s Little Tramp. It has a message layered with spectacle, managing to make something larger than a statement without diminishing the words being spoken, as is evidenced in that final speech. While technicalities may date it, the ideologies of “The Great Dictator” are incredibly modern.

Recent political satires, meanwhile, have meandered. There were plenty writing that “The Interview” would be our “Great Dictator,” and it’s an easy comparison to make – both films poke fun at dictators and both were surrounded by critical debate about their necessity and consequences. But the differences lie in the execution, which make the comparison almost laughable. “The Great Dictator” was a great film with a strong message about unity and peace. “The Interview” is a political stoner movie papered over by think pieces and other media hoopla, and a film angering a nation to the point of censorship doesn’t immediately mean that what it is saying is poignant, important, timely or even funny.

Most of the great Chaplin films have a singular moment that resonates and become synonymous both with the film and filmmaker. In “The Gold Rush” it’s him making his rolls dance (something Robert Downey Jr. and Johnny Depp have replicated, Downey in the biopic “Chaplin” and Depp as a Chaplin-esque savant in “Benny & Joon”), and in “City Lights” it’s the boxing match (one of my favorite endings in film, although I’m even more affectionate toward the last line, “Yes, I can see now”). And while “The Great Dictator” comes close with the balletic sequence of the inflatable globe bouncing around a room, it’s that final speech that speaks to the film as a whole and sets our sights higher.

“The Great Dictator” plays at 4:30 and 7 p.m. Friday at The Brattle Theatre, 40 Brattle St., Harvard Square as part of the theater’s Reunion Weekend program.