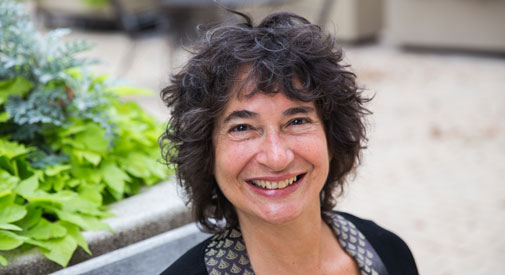 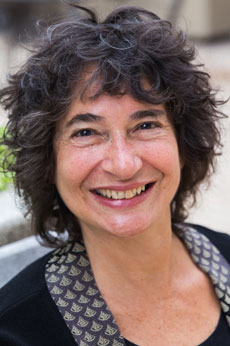 From Friends of Cambridge Rindge and Latin School, June 11: At its annual meeting June 3, the Friends of Cambridge Rindge and Latin School board marked the service of Donna Spiegelman on the occasion of her stepping down from the board, honoring her for her dedication to the students of Cambridge in co-founding Friends of CRLS, in creating the innovative FOCRLS It Takes a Village College Success program and for her nine years of service on the board. Spiegelman, professor of epidemiological methods at Harvard’s T.H. Chan School of Public Health, served as FOCRLS’ first president, then as treasurer and then as director of the ITAV Program.

When Spiegelman’s oldest daughter, now a Stanford graduate, enrolled at CRLS, the school lacked a “friends” group that supported the teachers and students. Spiegelman drafted the bylaws, recruited board members and secured 501(c)3 nonprofit status so donations to the group would be tax deductible. Spiegelman intended for the new organization, in addition to supporting teachers and students, to address the effects of income and academic opportunity disparities that can disadvantage students from lower-income families. Over the intervening nine years, Spiegelman, along with her spouse and FOCRLS co-founder Elaine Schear and the Friends of CRLS board and volunteers, have built a suite of programs that have served all sectors of the school’s population – faculty innovation grants, student travel fellowships, college scholarships, Unsung Heroes Awards, faculty distinction awards and the It Takes A Village College Success Program, raising more than $500,000 to date. In recognition of their role in catalyzing these accomplishments, the Cambridge NAACP awarded Spiegelman and Schear its Education Award in 2013.

Jamie Sabino, current president of FOCRLS, spoke of Spiegelman’s role in building the organization and particularly praised the innovative nature of the ITAV program. The program seeks to level the playing field for low-income and first-generation college matriculates graduating from CRLS, whose college graduation rates are lower due to economic pressures, uneven support systems and the need to take remedial courses that cost money but do not count toward college credit. The ITAV program attacks these issues with a multi-pronged approach, including college placement exam workshops (so successful it has now been adopted by CRLS), a mentoring program for CRLS students enrolled in local colleges, embedded college coaching (so successful it was taken on by the city) and scholarships.

For information about FOCRLS or to make a donation in honor of Donna Spiegelman, visit the organization’s website.