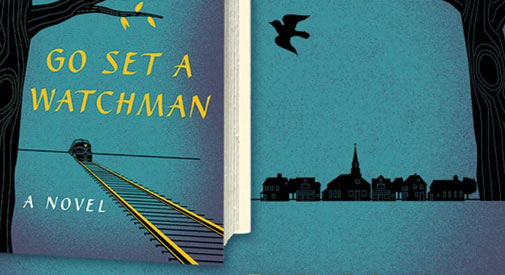 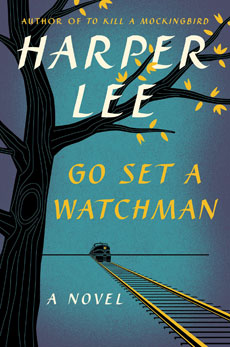 The sequel to “To Kill a Mockingbird” arrives Tuesday with questions about whether reclusive author Harper Lee wanted it published at all, but Cambridge readers are embracing the new novel.

“People are excited,” said Emily Loveridge, a supervisor at the Harvard Coop. “We’ve been getting a lot of questions, and it’s been fun to hear people walking past and talking about it.”

Lee’s first and for a long time seemingly only novel came out in 1960, followed by a film adaptation two years later – and for nearly 55 years, that’s all fans of Lee had to work with. But last year buzz about “Go Set a Watchman” began, excitement over a sequel starring a grown-up Scout Finch tempered by whether the 89-year-old author had been manipulated into releasing a book she meant to keep private.

Whether sticking to a policy of privacy or unable to travel, Lee won’t be doing publicity for “Go Set a Watchman,” which is where bookstores take over. Porter Square Books has no events planned, although book seller and inventory receiver Heather Goss said “we have lots of special orders,” but the city’s other big book sellers (and many nationwide) are going all out: Both the Coop and Harvard Book Store are holding screenings of “To Kill a Mockingbird” and holding midnight book sale parties.

That could be Harvard Book Store’s first overnight book sale party since the final Harry Potter novel came out in 2007, book seller Emily Crook said. The store will be getting in more than 500 copies of “Go Set a Watchman,” including around 50 pre-orders for customers who either wanted to guarantee they had their copy or get a 20 percent discount.

“That’s pretty good for a pre-order,” she said.

The magic of Lee’s novel – the alchemy of plotting, writing and message that has kept it prominent in American letters for more than five decades – has imbued “Go Set a Watchman” with widespread appeal. The Harvard Coop is fielding questions and pre-orders  from “some people who read it maybe 30 years ago and some who read it this summer,” Loveridge said.

Here’s what the bookstores are doing for the rollout:

From Saturday to Tuesday, fans can vote for their favorite character in “To Kill A Mockingbird” by coming to the Coop and taking a picture in front of a book display at the first-floor information desk. Voters will be entered into a drawing to win a $50 store gift card.

A free outdoor screening of “To Kill a Mockingbird” takes place at 8 p.m. Saturday on Palmer Street, next door to the Coop, with the store promising there will be chairs available and free popcorn, but urging people to bring their own blankets and snacks. Participants can also take advantage of a dinner deal with Uno Pizzeria & Grill.

At 10:30 p.m. Monday comes a release party for “Go Set a Watchman,” with the store serving Southern-style free lemonade, sweet tea and cookies and holding a scavenger hunt, trivia contest and drawings for prizes.

Book sales are to start promptly at midnight.