After years disdaining aides, Kelley hires with aim of enhancing work on council 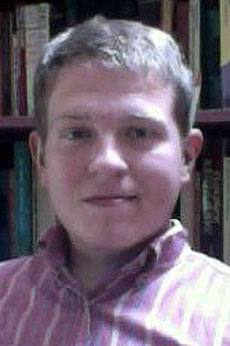 After years disdaining aides, Kelley hires with aim of enhancing work on council

It’s not quite hell freezing over, but city councillor Craig Kelley has hired a legislative aide.

Kelley has been a longtime opponent of the aides, calling them unnecessary and a waste of money – and has put that money where his mouth is by going it alone for nearly all of his five terms on the council since 2006. “The aides are a frivolous allocation of public funds,” he said in 2007 campaign materials, following up two years later when eyeing where to trim the city’s budget: “For years the council existed without these assistants and, in a time when we will probably be experiencing a variety of service shortfalls, it is especially difficult to justify this expenditure.”

But times have changed, and Cambridge finances have remained solid. Kelley has joined his fellow councillors and hired Wilford Durbin, a Somerville resident and a graduate of Cincinnati’s Xavier University with a master’s degree from Boston College.

“I did try after [attending] the Kennedy School to see if I could be as productive as possible just on my own, but post-HKS I see much more potential for me to do good things in the city if I have someone I can work closely and consistently with on the city’s issues,” Kelley said. “I felt I could better serve the people of Cambridge with someone to help me manage the various information that comes my way and the efforts that I’m engaged in, especially collecting data, working on public safety issues and expanding the discussion about how the [Internet of Things] will impact our city in the immediate and not-so-immediate future.

The spending on aides had been a budgetary sticking point with Kelley in years past, but he noted Wednesday that this year he signaled a difference.

“You’ll note that this year I did not vote against the City Council budget,” he said, although he did make a protest vote on the citywide budget “based on my concern about how we spend money on schools without having much of an understanding of what’s going on there.”

Legislative aides to councillors earn $48,197 in salary, according to the city’s Personnel Department.