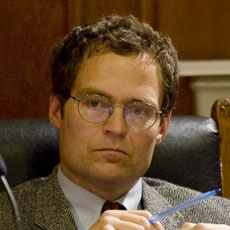 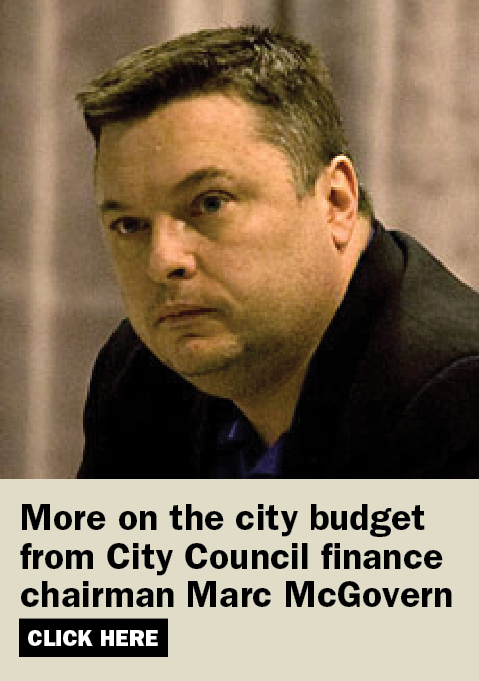 Education funding was nearly the only sticking point in approval of a $546 million budget for the city’s 2016 fiscal year at Monday’s meeting of the City Council.

In a series of appropriations votes, it was the $164 million schools budget embedded in a general fund budget item that drew the most comment and weakest approval, with only six of nine councillors voting in favor.

“I can’t be the only who thinks things are broken there. We have done the same rough budget … year after year, and for 14 years I have watched people not succeeding,” said councillor Craig Kelley, referring to an ongoing achievement gap that sees white and Asian students far surpassing black and Hispanic students academically.

“I will vote ‘no’ on this budget,” Kelley said. “I don’t know what else to do. This is the only tool I can think of.”

There were also votes of “present” from councillor E. Denise Simmons and vice mayor Dennis Benzan, who signaled the vote by explaining he would recuse himself because his wife is a school official. (A Simmons family member also works for the school department.) But he previously debated student-teacher ratios and basic skills education with schools Superintendent Jeffrey Young and School Committee members at a May 13 meeting of the council’s Finance Committee. Benzan and others asked about giving the district more money to add teachers and ensure, for instance, algebra for all by high school. But Young and and school budget subcommittee co-chairmen Richard Harding and Mervan Osborne resisted.

By simplistic state calculations, the district spends more than $27,000 per pupil each year.

Even among the votes in favor Monday, there was dissatisfaction over the schools from councillors Nadeem Mazen and Leland Cheung – who even mused about setting the schools budget to zero so it could be rebuilt from the ground up – and Dennis Carlone.

“I’m voting for the overall budget,” Carlone clarified, while Cheung reminded his peers that he faced outrage in 2013 when he voted with other councillors to keep the school budget in committee temporarily to explore it in more depth.

It was striking that the city was top-rated in virtually every category except in outcomes at its public schools, Cheung said.

“This is an important conversation to have about our schools, and I appreciate the City Council’s commitment to our school system,” she said, stressing that improvements were on the way without merely increasing the budget to add teachers. “More critical is to understand what we need and to ensure we have the best possible people and practices in place to fulfill those needs whether administrative, teaching or student supports. We are currently in the midst of this type of assessment and realignment.”

“We know where we need to go but we are not there yet,” Cronin said. “This is why the selection of the next superintendent is so critical. We need to move to a new level of intentionality to achieve our goals and to move our district into a more successful and innovative phase of interdisciplinary experience for every student enrolled in our system.”

Young is in his final year as superintendent. The committee will be choosing a replacement before November elections.

Osborne also referred to the challenge of the May 18 committee meeting, agreeing that because “research exists to make a compelling case for reducing class size” he welcomed a focus on the issue in policy discussions.

He also had priorities that didn’t get addressed in the budget, he said.

“I have long made it clear that I support a large-scale expansion of world language instruction, an educational tool that has been widely proven to positively impact overall learning,” he said. “This budget does not substantively address world languages, yet I stand by the collective process that was undertaken to arrive at this budget.”

“While I and all of the School Committee members would have preferred a 9-0 vote from the council, I believe that the body’s overall approval of the proposed FY16 budget was a necessary and positive step in the right direction,” Osborne said, calling the budget “by no means a perfect accounting of all that might be done to completely ensure ideal students outcomes.”

Other purely formal protests by councillors on budget items that were approved included Simmons’ vote of “present” on a $4.6 million appropriation for surface improvements to the Harvard Square area, including Eliot Street, Eliot Plaza, Brattle Street and Brattle Plaza, and Mazen speaking out again about the militarization of law enforcement, leading to his vote against the police budget during a committee meeting.

“Things have gotten out of hand,” Mazen said, referring to a nationwide trend of military-level equipment sales to police that President Barack Obama recently moved to roll back. “I can’t in good conscience vote on that piecemeal – but I’m voting for a whole budget.”

But the council wasn’t done with education issues for the night. An order on the PARCC standardized test returned for discussion after being set aside May 18 for one meeting by Mayor David Maher exercising his “charter right” as a 5.5-hour meeting neared its midnight end.

The order supports a three-year moratorium on the test as proposed in a bill by state Rep. Marjorie Decker, until this term a longtime Cambridge city councillor. The bill, which is headed for a June 11 hearing, would block PARCC’s use in Massachusetts schools in the short term and set up a task force to assess the value of it and other standardized tests.

The state’s current standardized test, the Massachusetts Comprehensive Assessment System, has also been controversial in Cambridge, but the proposed Partnership for Assessment of Readiness for College and Careers comes with technological and educational demands that raise alarms about teaching to the test and the fact that “PARCC has a ton of private money behind it, and there’s a whole other issue about all the personal information they gather and how that information is used to market for-profit educational companies to schools, kids and families,” said Marc McGovern, the council’s finance chairman and until this term a School Committee member.

Kelley feared that the test was “a step on the road to privatization.”

Councillor Tim Toomey returned to a theme he sounded at the May meeting, saying he would vote no to blocking PARCC because with a test enforcing academic rigor “there’s not going to be any accountability.” But he was the only vote opposed to supporting the moratorium.

This post was updated June 2, 2015, to note that the “present” votes by councillor E. Denise Simmons and vice mayor Dennis Benzan can reflect reasons other than protest votes, including recusals based on relatives who work in the school district. It was updated June 5, 2015, to clarify that Jeffrey Young is in his final year as Cambridge schools superintendent.