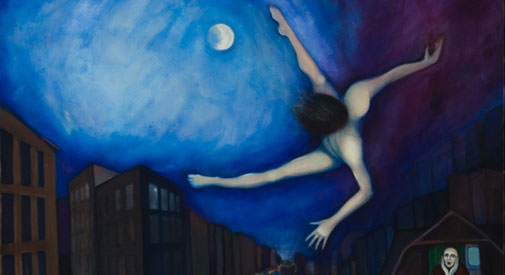 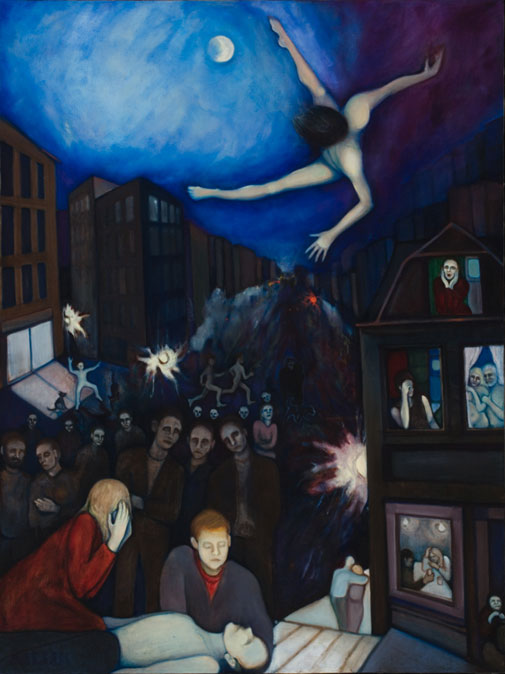 Sandra Allik’s “Urban Icarus (Luke)” will be on display at the Chandler Gallery starting Monday.

There’s good reason for the authentic feel to the exhibition of “Images of Grief and Healing” coming to the Chandler Gallery. It’s co-curated by Emily Newmann, a therapist who facilitates grieving and art therapy groups, workshops and dinners in Newton, Brighton and at the gallery’s home, Cambridge’s Maud Morgan Arts Center. Deborah Putnoi, an art educator, is the other curator.

“Grief may be a universal human emotion, but the expression of grief is highly individual,” said Catherine Kernan, director of Maud Morgan Arts, in introducing the exhibition of artwork inspired by personal loss. “The losses are many and varied, and each piece has a story of its own.”

In a survey of the works coming in “Images of Grief and Healing,” on display from Monday through Sept. 11, with an opening reception from 6 to 8 p.m. Thursday, the curators and Kernan point out that some of the work provides clues to the events that inspired them, others are more ambiguous – and others take sorrow itself as their subject. 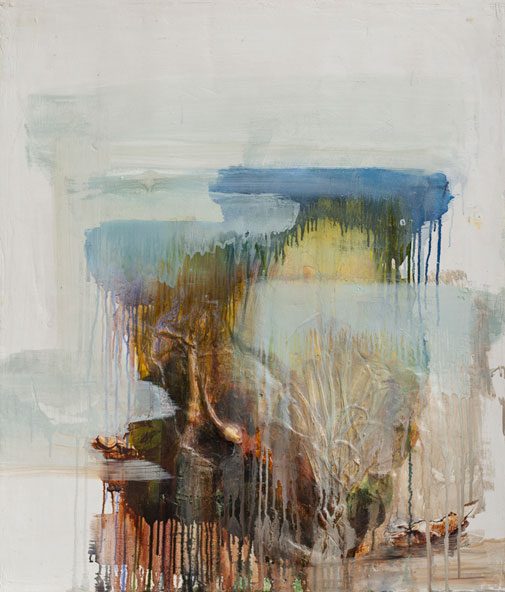 But Elizabeth Michelman’s “Chapter 1: Determination” is more raw – it consists of the phrase “I Want You” burned repeatedly into wood: 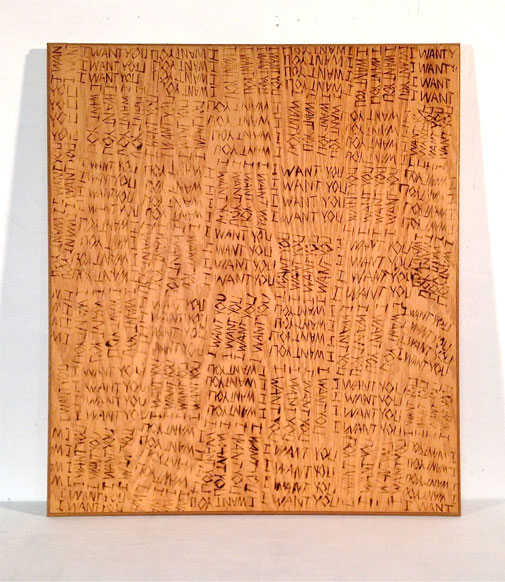 A figure falls through the night sky above a darkened town. Below, a woman and a man mourn over a supine body as crowds of people bearing identical faces stand over them. Lights explode in the streets, suggesting a town under siege, or perhaps just the pain of two individuals spilling across the whole city.

There is also humor in the works, moments of relief in what might otherwise be a bleak but voyeuristic peek into the darkest part of the artists’ lives. Pauline Lim’s exhibition offering is called “grimly witty” – including a periodic table of elements prominently displaying plutonium, “an element named for a rock that is a planet no more.”

The title of the piece? “I Think of You Periodically.”

“Images of Grief and Healing” runs from Monday through Sept. 11; gallery hours are 10 a.m. to 5 p.m. Mondays through Fridays and by appointment. The exhibition has an opening reception from 6 to 8 p.m. Thursday, also at the Chandler Gallery, 20 Sacramento St., in the Agassiz neighborhood.